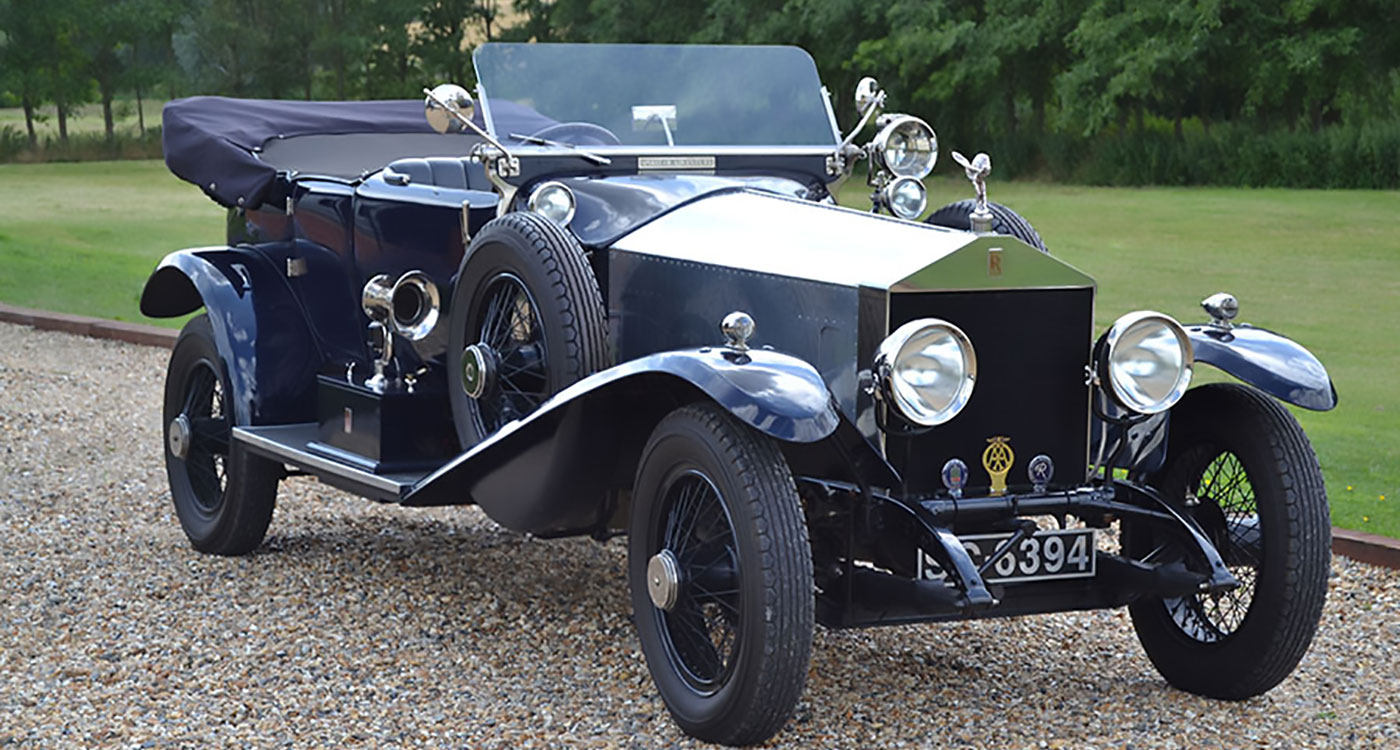 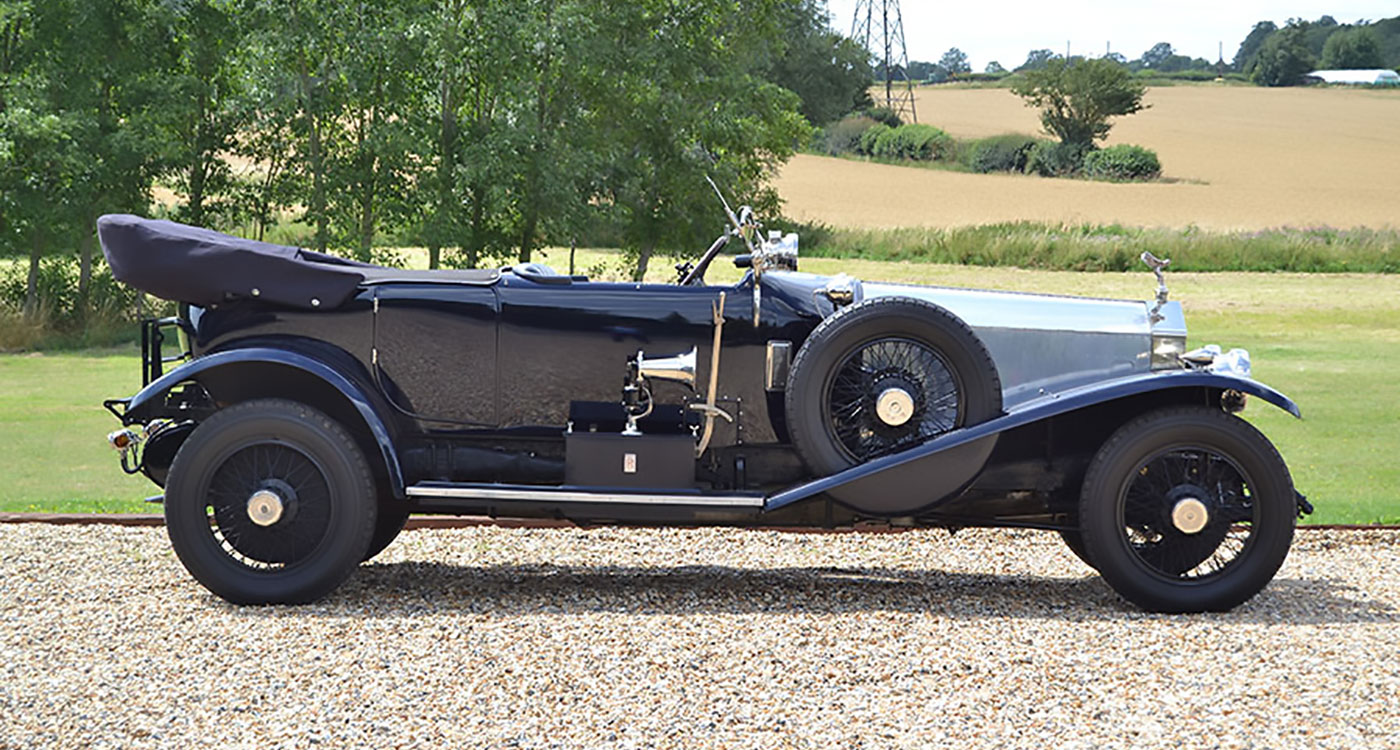 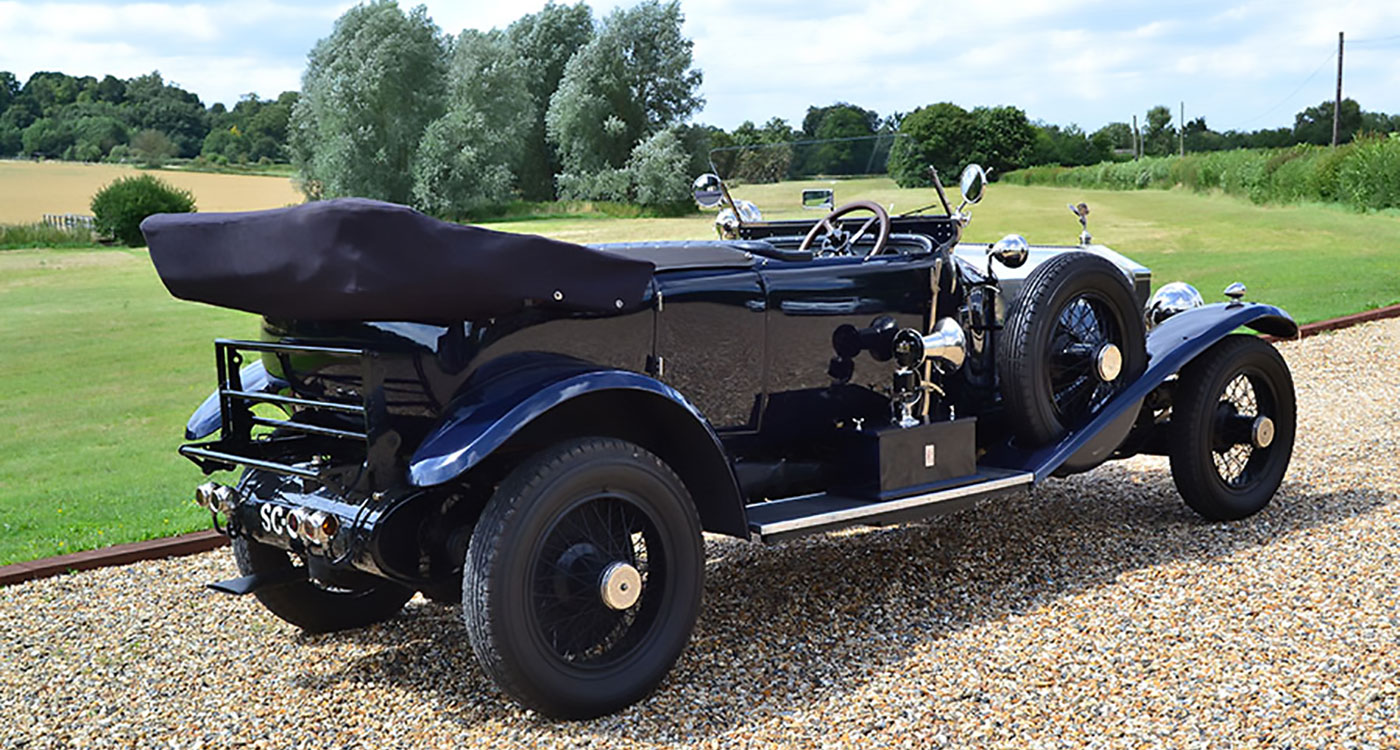 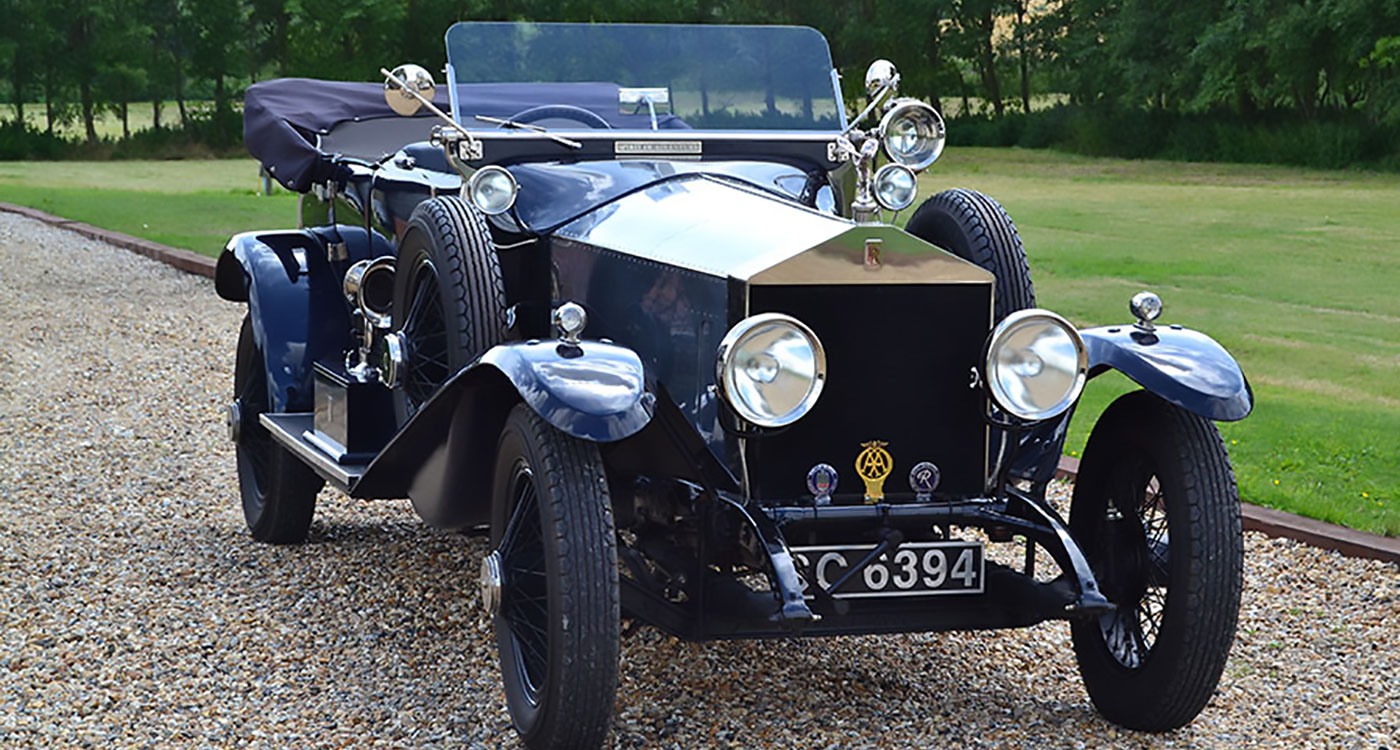 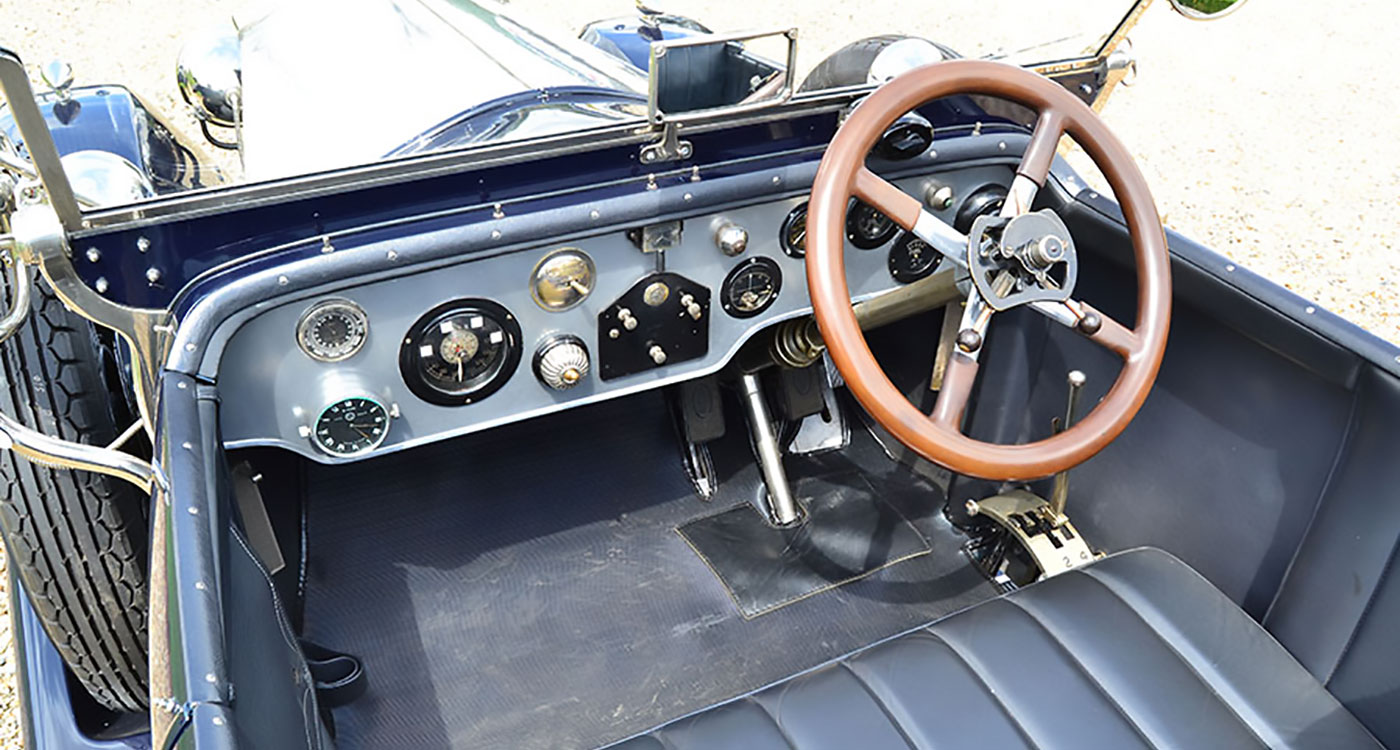 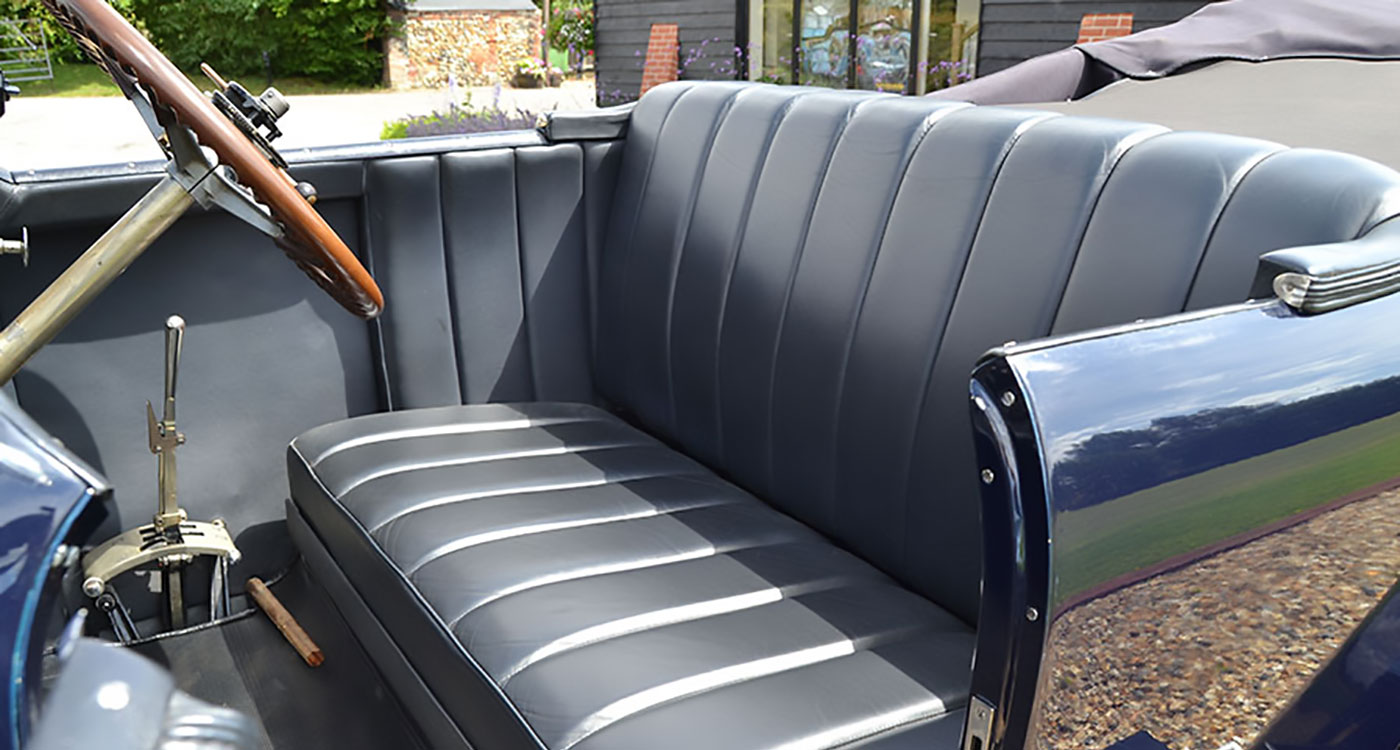 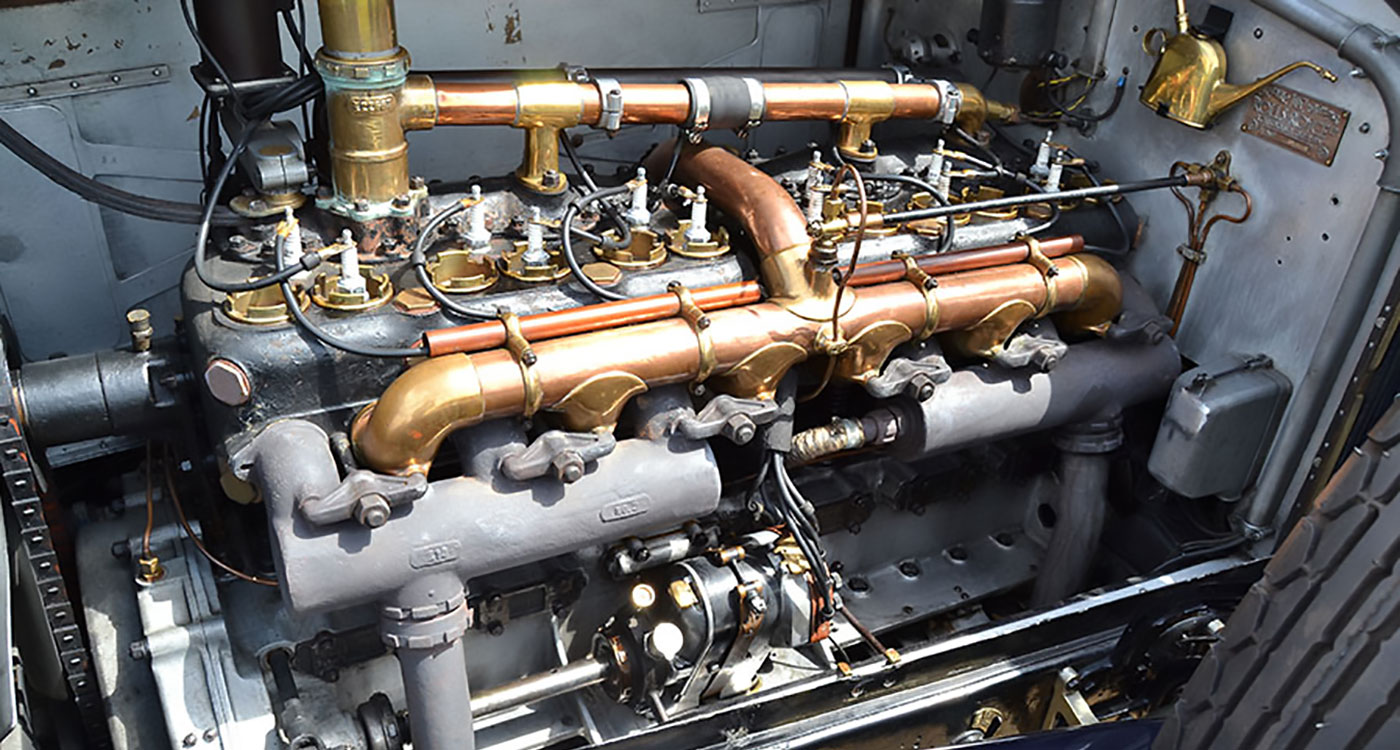 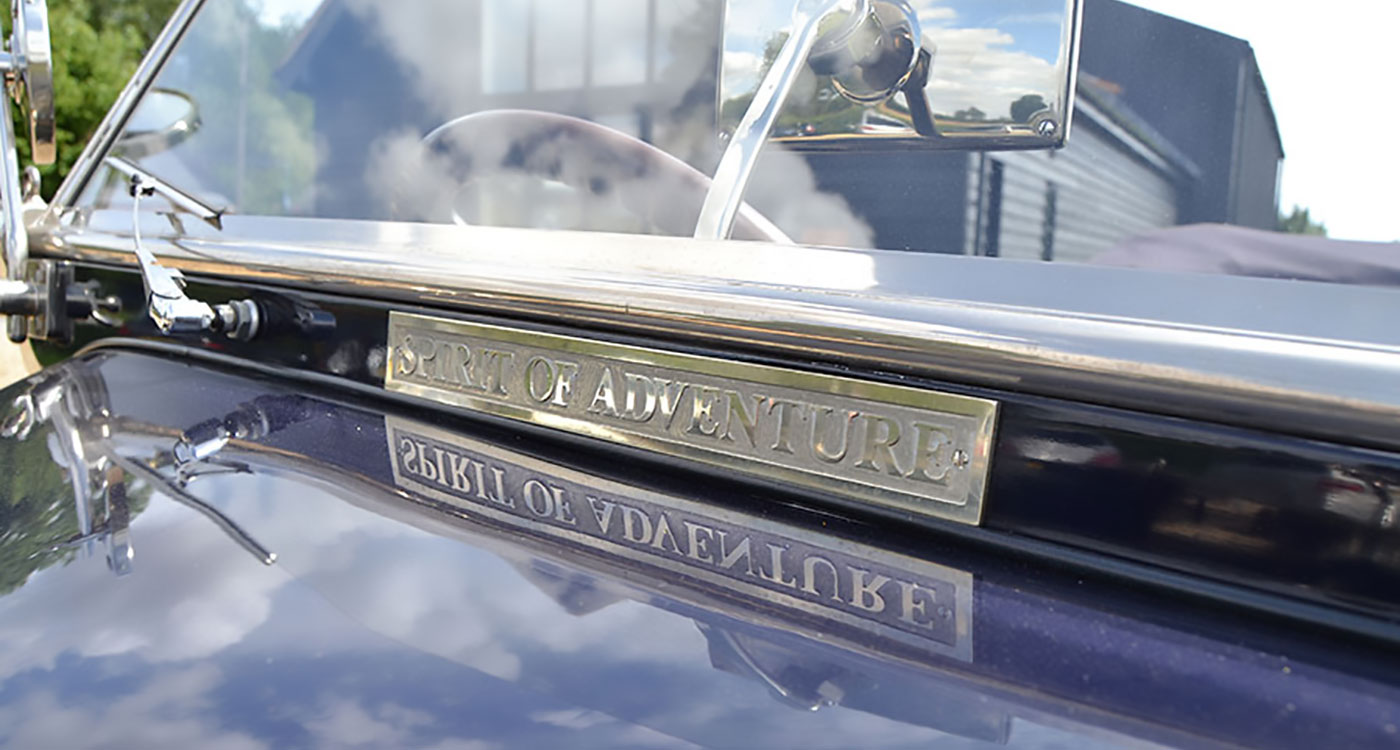 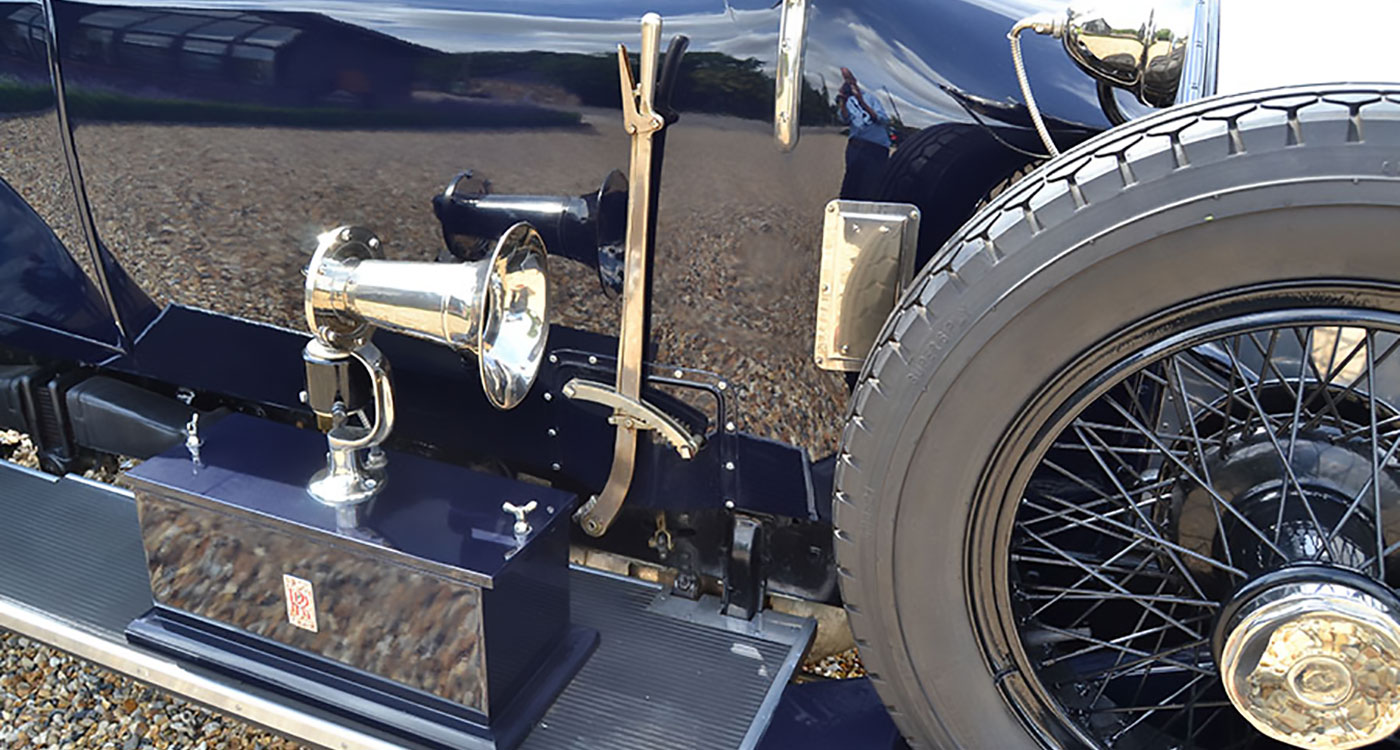 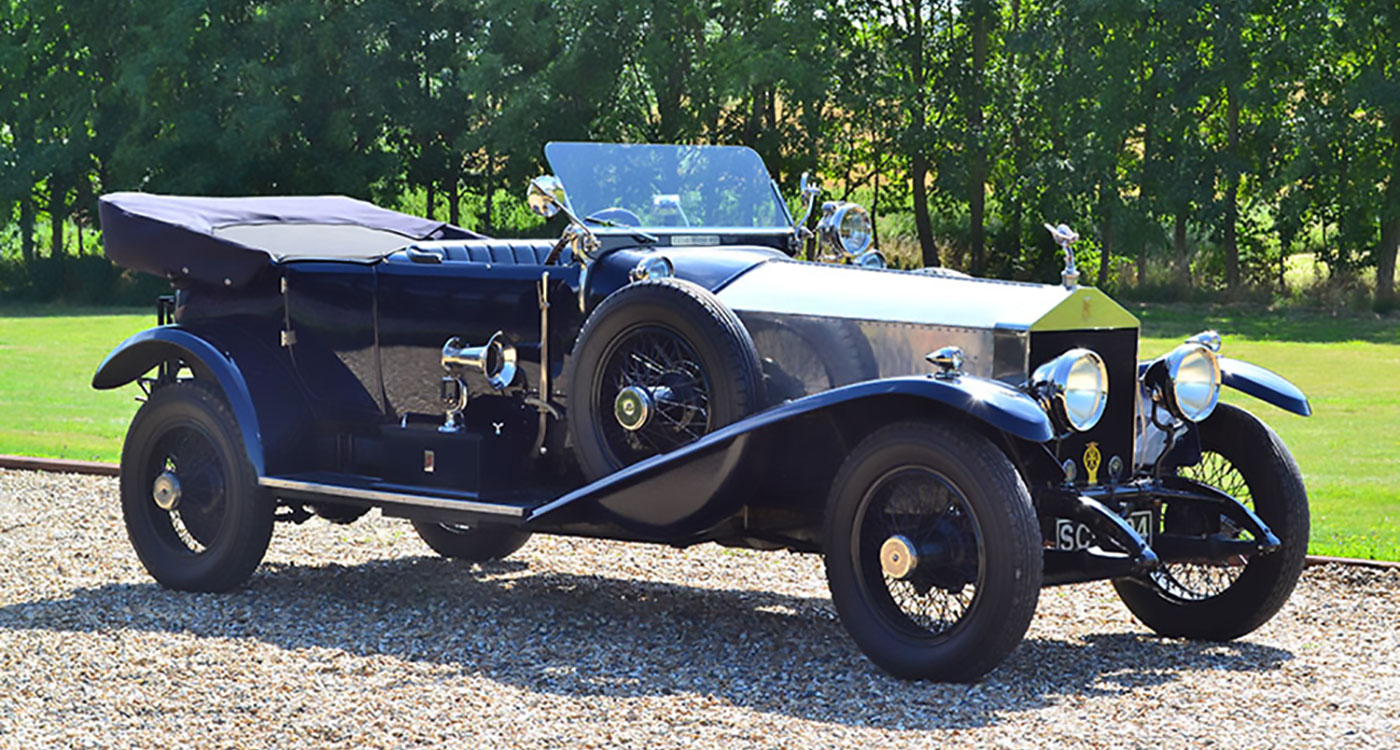 “The Spirit of Adventure” Chassis Number 19-CE originally had tourer coachwork by Barkers & Co, with dove grey livery and dark blue leather upholstery. The car is adorned with a number of original fittings as itemised on the chassis built sheets, such as the scuttle ventilators, extra tool box, footboard with lined rubber and wrought iron luggage wrack. It also has period-correct electric lighting. The car currently has an attractive touring coachwork with dark blue leather interior inspired by the original.

19-CE underwent an overhaul in Paris in 1927, which included the addition of a new oil pump. Historic modifications include the fitting of a complete “B” type steering column replacing the “D” type, and it was re-bodied with formal coachwork. It spent many years in Dutch museums but in 2008 was given coachwork restoration with cosmetic alterations to the body and wings.

It has taken part in the Spirit of Ecstasy Centenary Drive and the 2013 Centenary Alpine Trial, where it was awarded the Spirit of Adventure trophy and hence gained its moniker. 19-CE is a lovely example of an Alpine Eagle and would make a very good touring car. 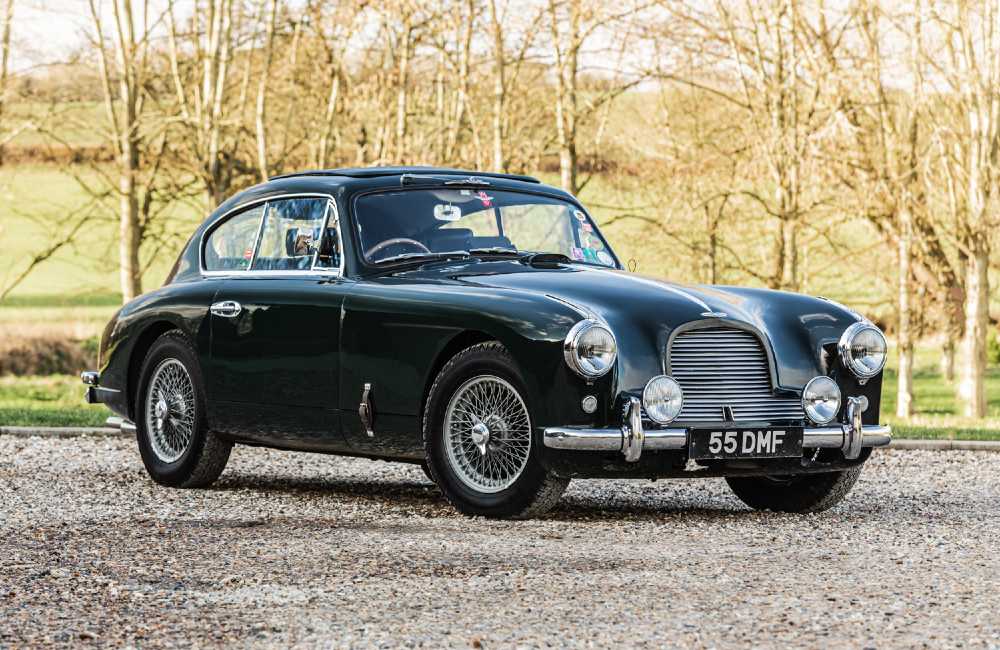 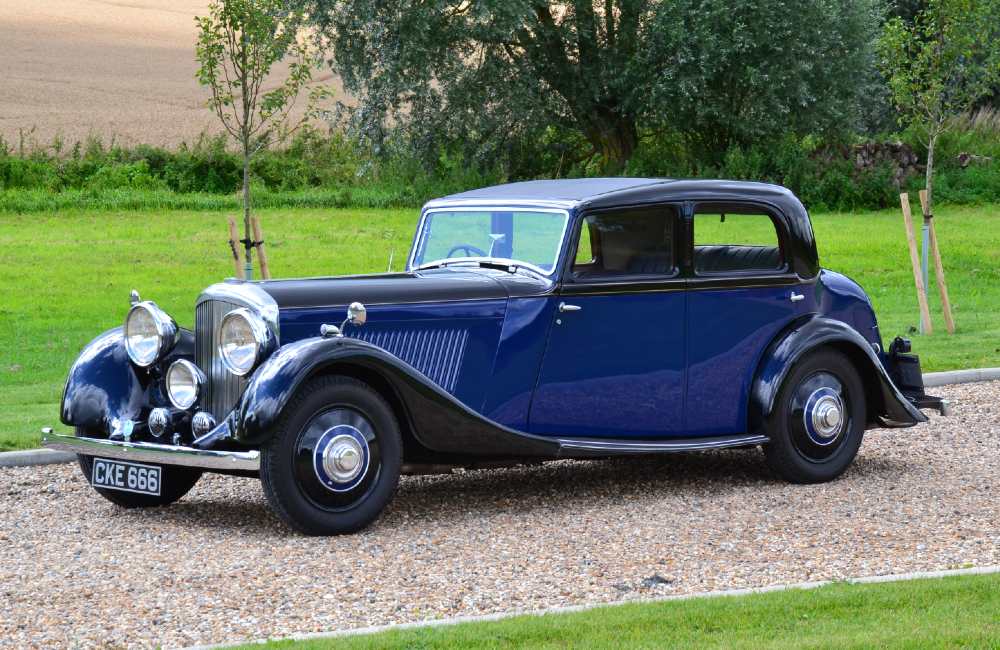