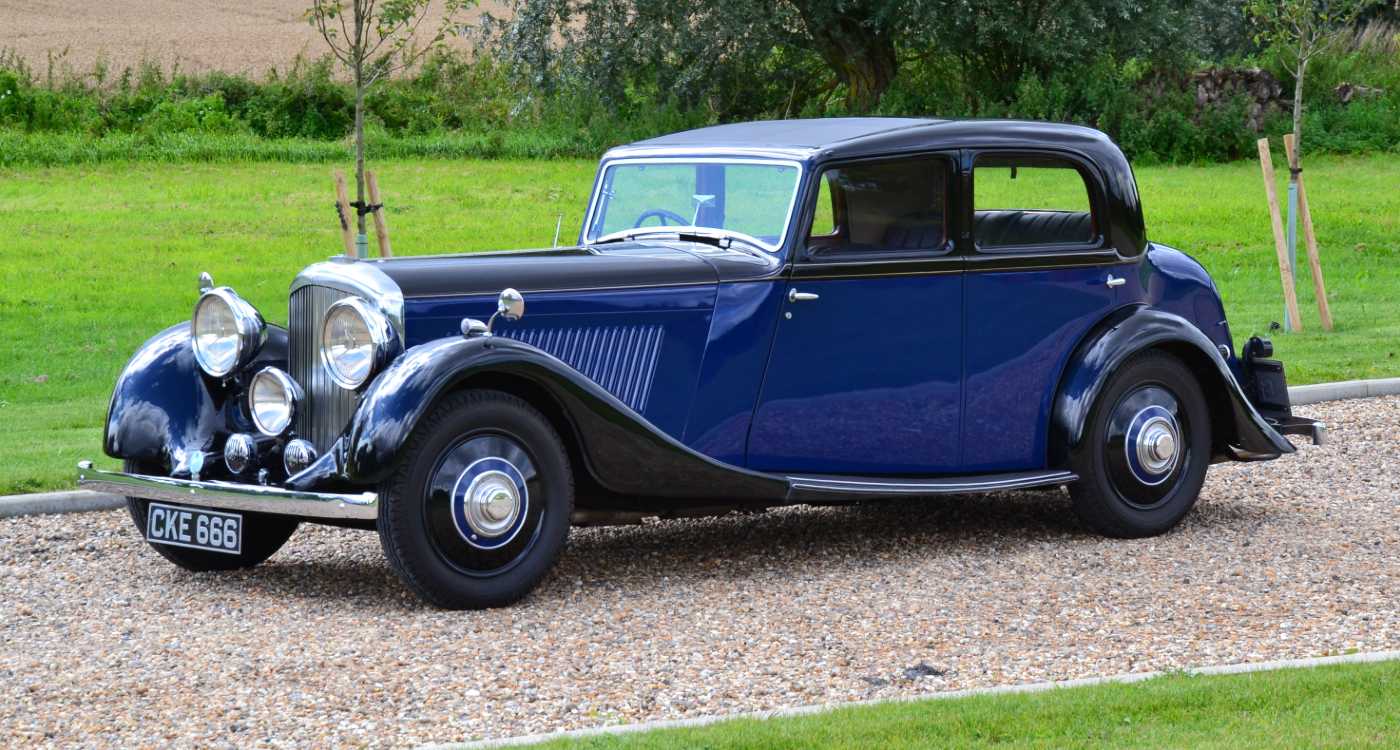 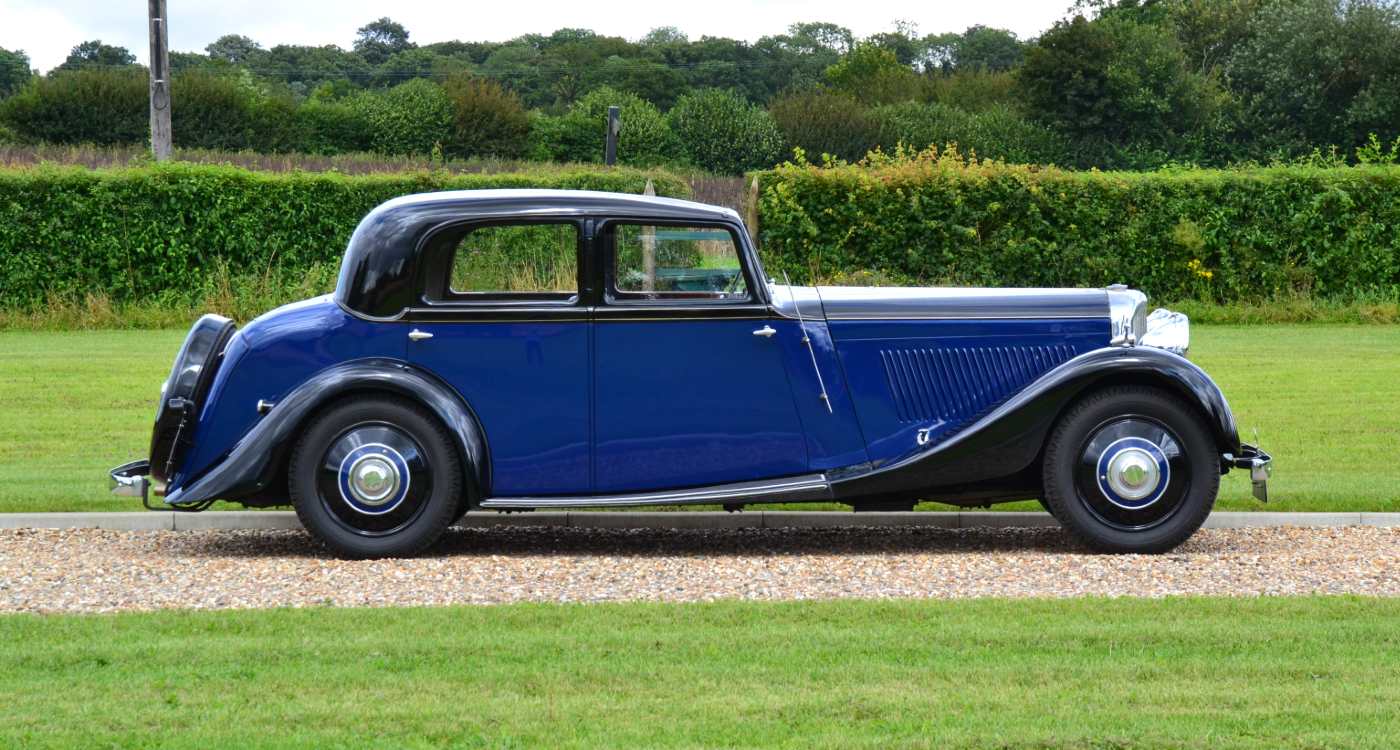 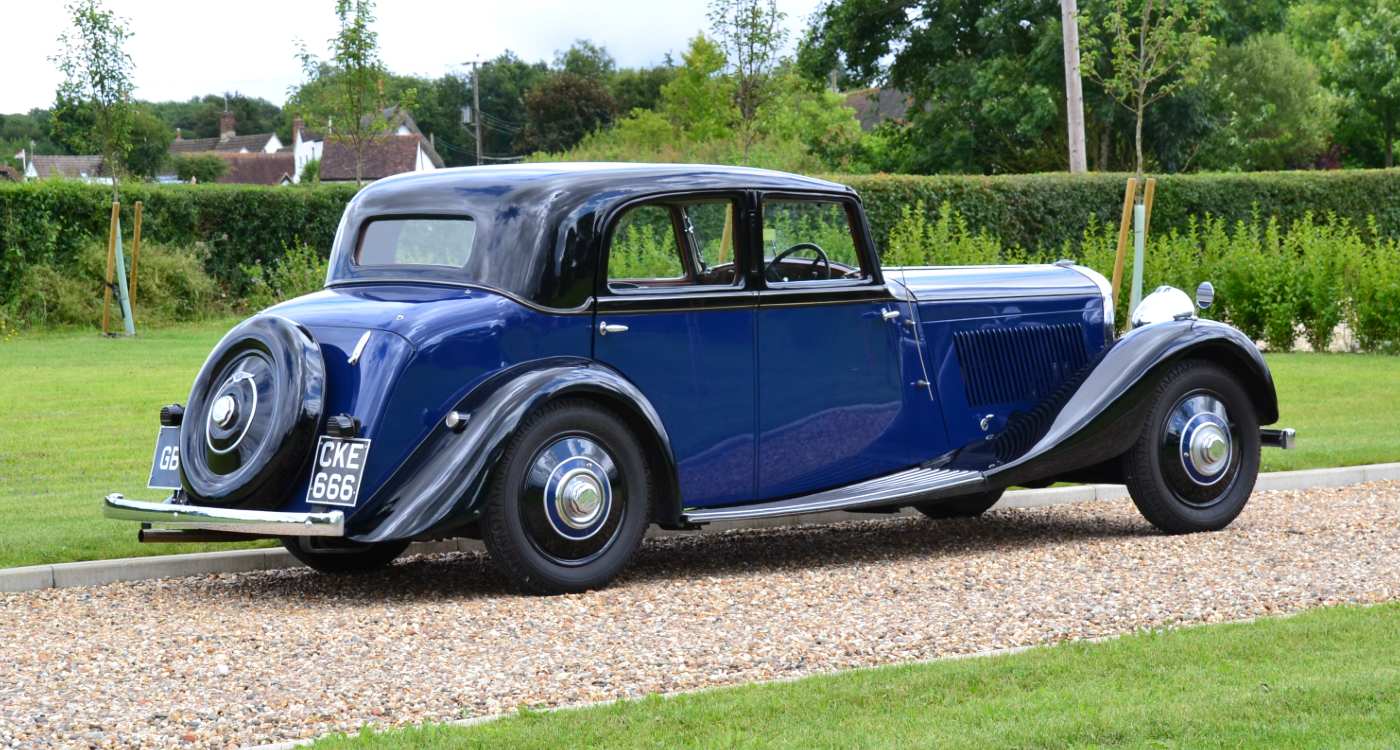 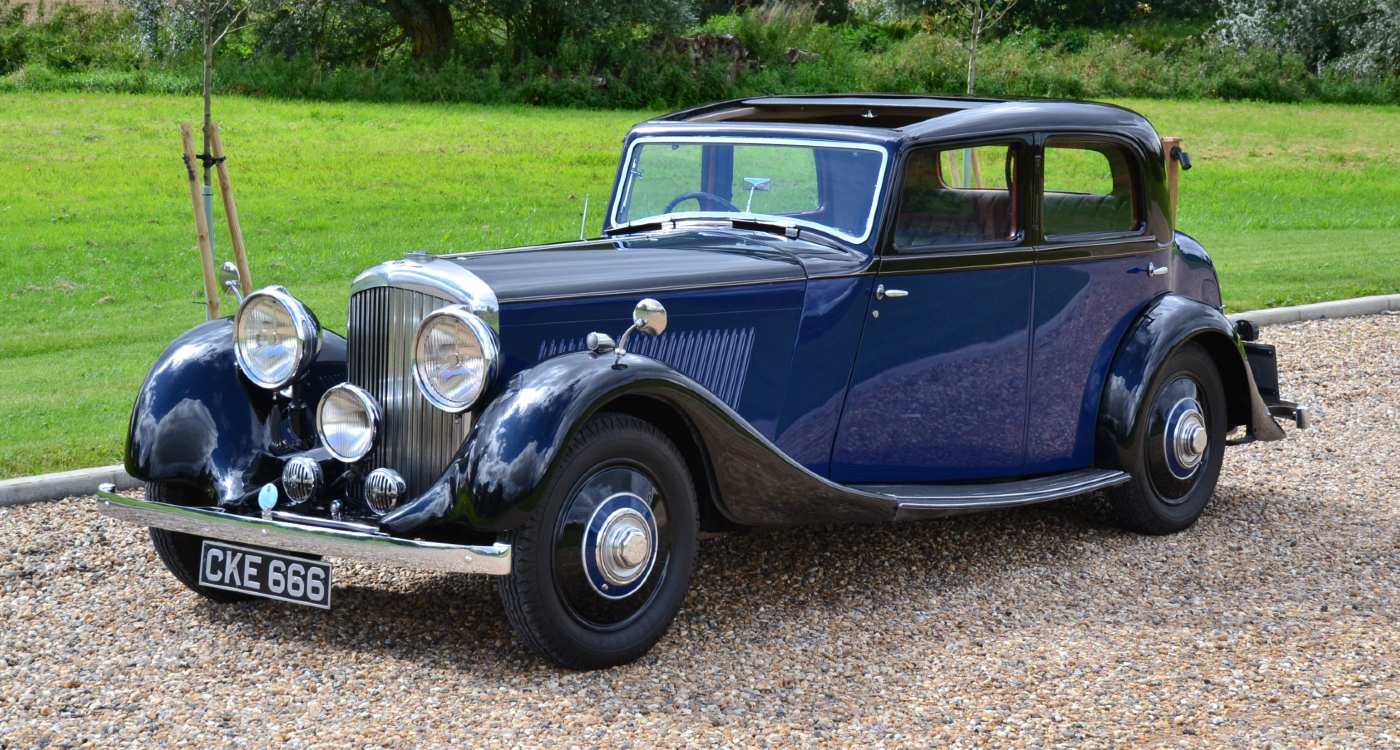 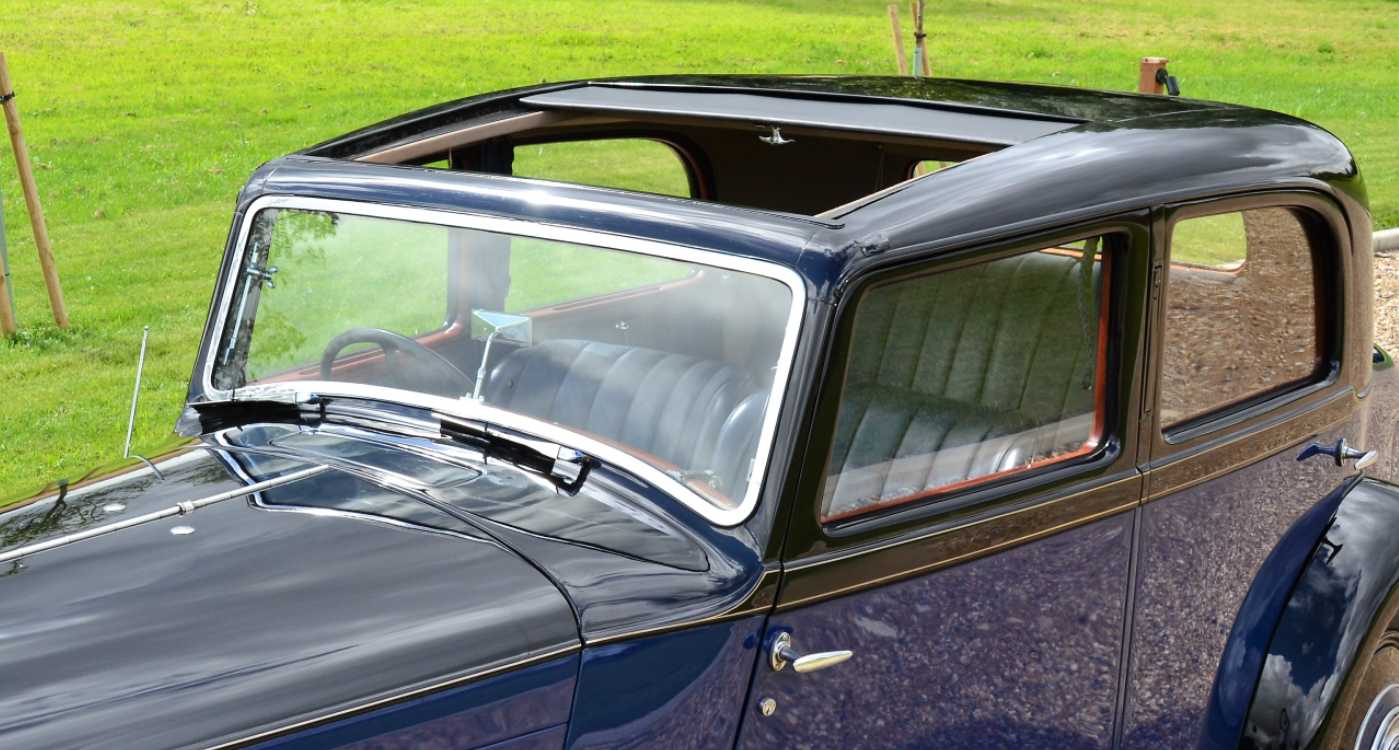 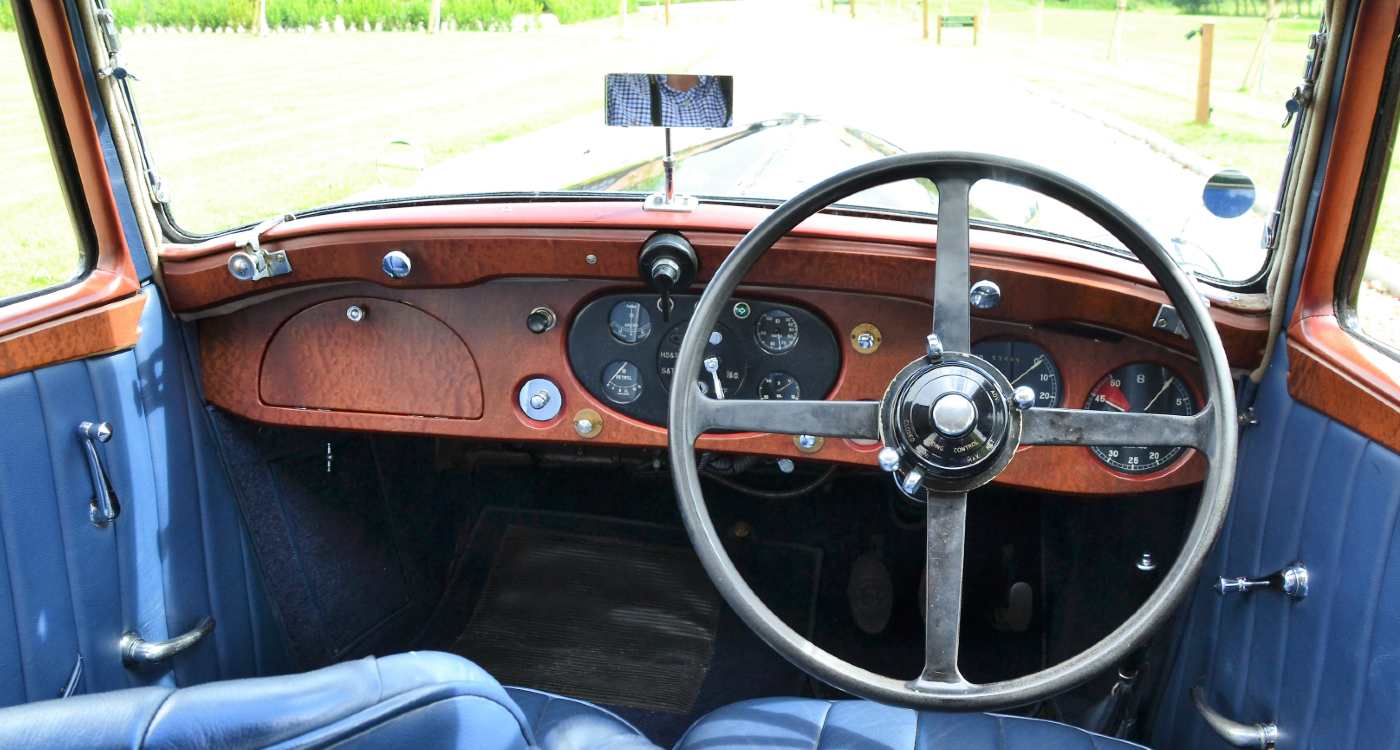 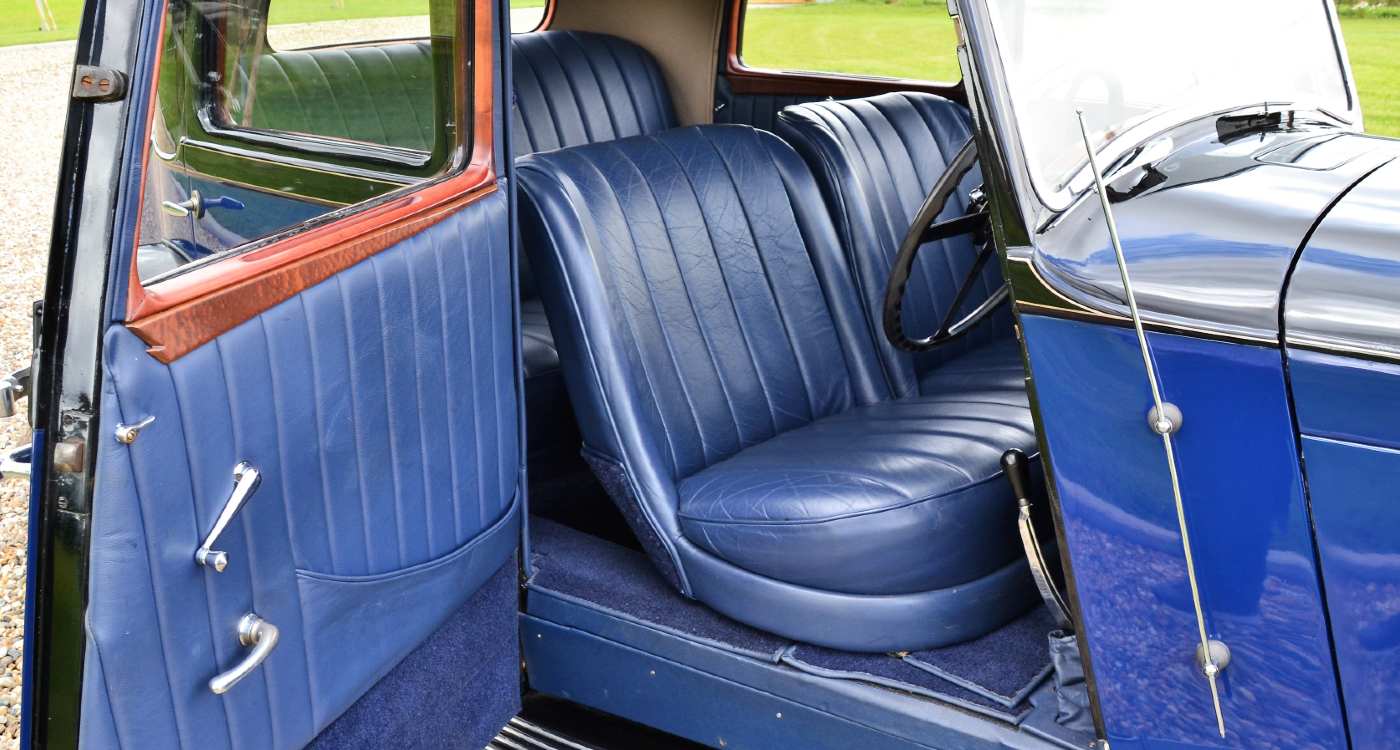 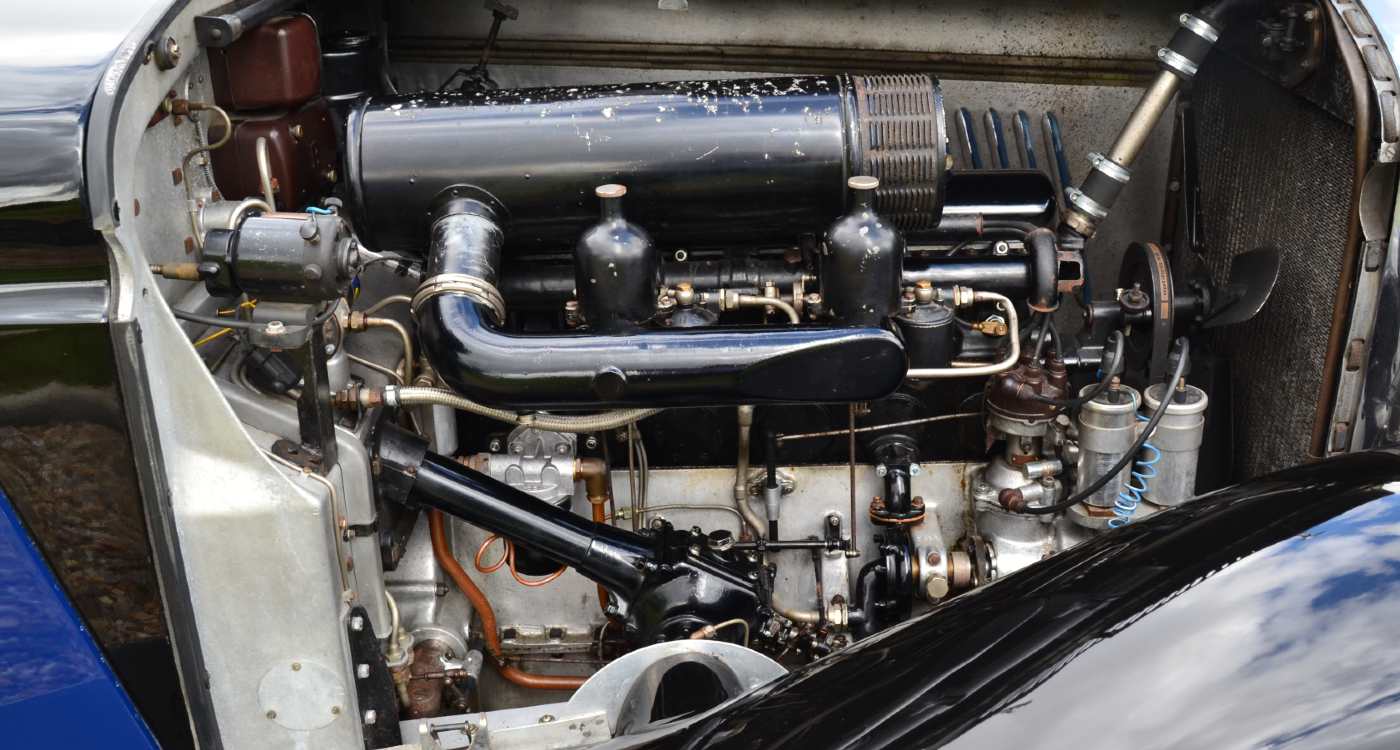 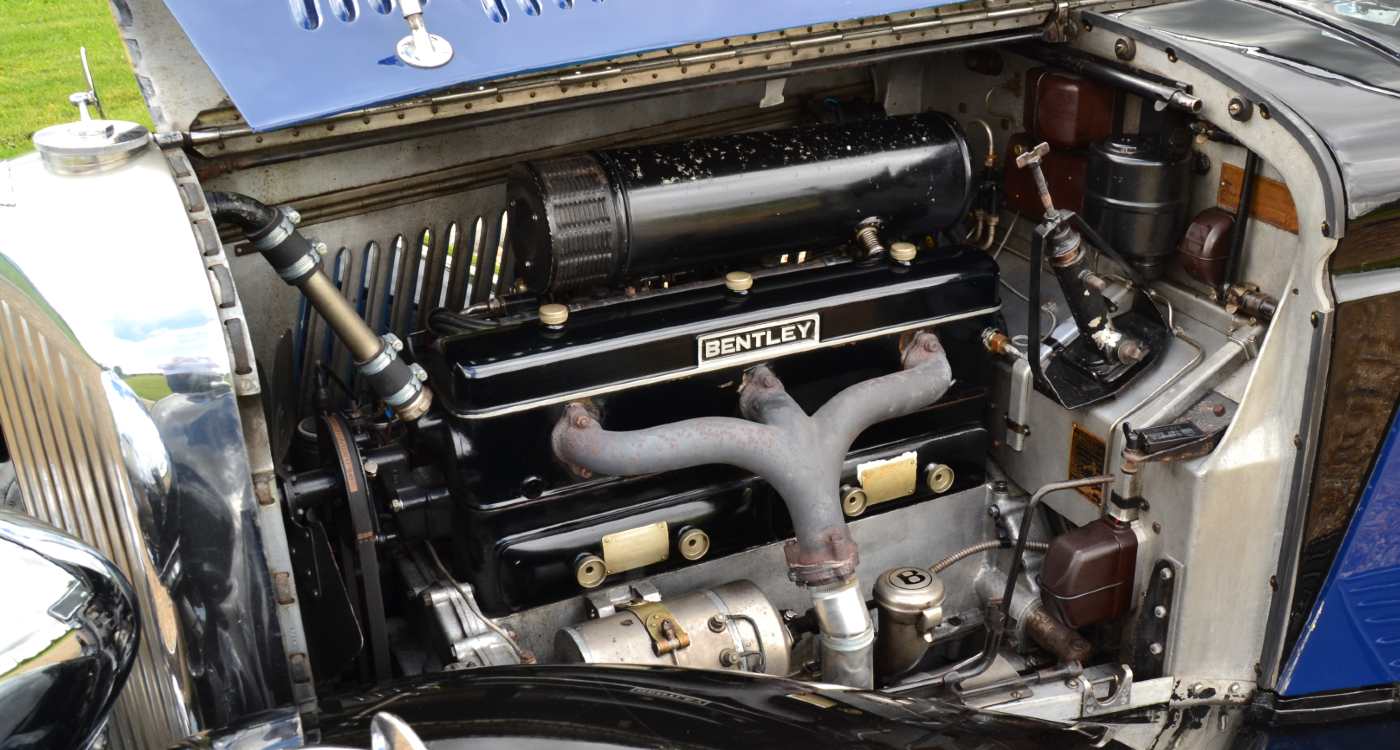 Chassis number B195DK is a delightfully pretty and well sorted example of a Park Ward Standard Saloon. This coachwork design was arguably the most numerous fitted to the ‘Derby Bentley’ chassis, testament to its attractive lines, practicality, and quality build construction. For many, this is the defining Derby body style and every bit a sports saloon.

B195DK was supplied to Peto & Radford, a battery manufacturer on Dagenham Docks, for Sir John Prestige. Its Standard Saloon coachwork by Park Ward was finished in dark grey with black leather trim. The chassis build cards state that ‘the steering is to be adjusted to lightest position’ and that ‘the customer is to try the seat’. The car was registered CKE 666 and had a detachable luggage grid to the top of the boot, and crests to rear door panels.

Sir John Theodore Prestige (15 July 1884- 8 November 1962) was a businessman and politician. His father and grandfather were partners in the Deptford engineering company of J Stone, a large employer in the town, where he also became a director. At the 1918 General Election he was the Conservative Party candidate at Deptford but was not elected. He was knighted in 1919 for his services in the First World War towards recruitment and volunteering, and he was High Sheriff of Kent between 1931-32. In 1941, Sir John was Master of the Worshipful Company of Shipwrights. He was elected to Kent County Council and died in Canterbury, Kent, in 1962, aged 78.

In 1945, Sir John sold B195DK and Bentley Motors Records indicate a further three owners. By 1950, ownership had passed to Messrs. Restall, Brown and Clennell for whom Rolls-Royce carried out a major overhaul at their Hythe Road service depot in 1951. The original and fully itemised invoice for this work is included in the car’s history file.

An original logbook issued in 1949 confirms that B195DK remained on the road and in use through to 1968, under the stewardship of two further keepers in the Worthing area. Within the car’s history file are several invoices outlining work carried out during this period, together with an MOT certificate which expired on 2nd January 1968.

The present owner acquired B195DT in 2005, after it being off the road since 1968 and remaining in the Worthing area. The tyres fitted to the car were believed to be of pre-war origin and photographs show the car was finished in dark grey with black trim. Thorough recommissioning then followed by Geoff Maycock of ‘Autocats’ including a complete engine overhaul. Once back on the road, further improvements continued, including a steering box overhaul by Fiennes in 2009 and braking system overhaul by Fiennes in 2010. In 2015, Clark & Carter carried out a thorough overhaul of the clutch, gearbox and rear axle. Throughout the current ownership, the car has been regularly serviced by Fiennes Restoration, Clark & Carter or Ben Smith. Invoices covering the above works and more accompany the car, totalling over £100,000.

This very pretty 3 ½ litre is an iconic example. The car drives exceptionally well and has a continuous history, backed up with period documentation. The Park Ward coachwork provides sporting, close coupled seating for the occupants, with a large sunroof for fine weather motoring. The car presents very well and is ready to tour.