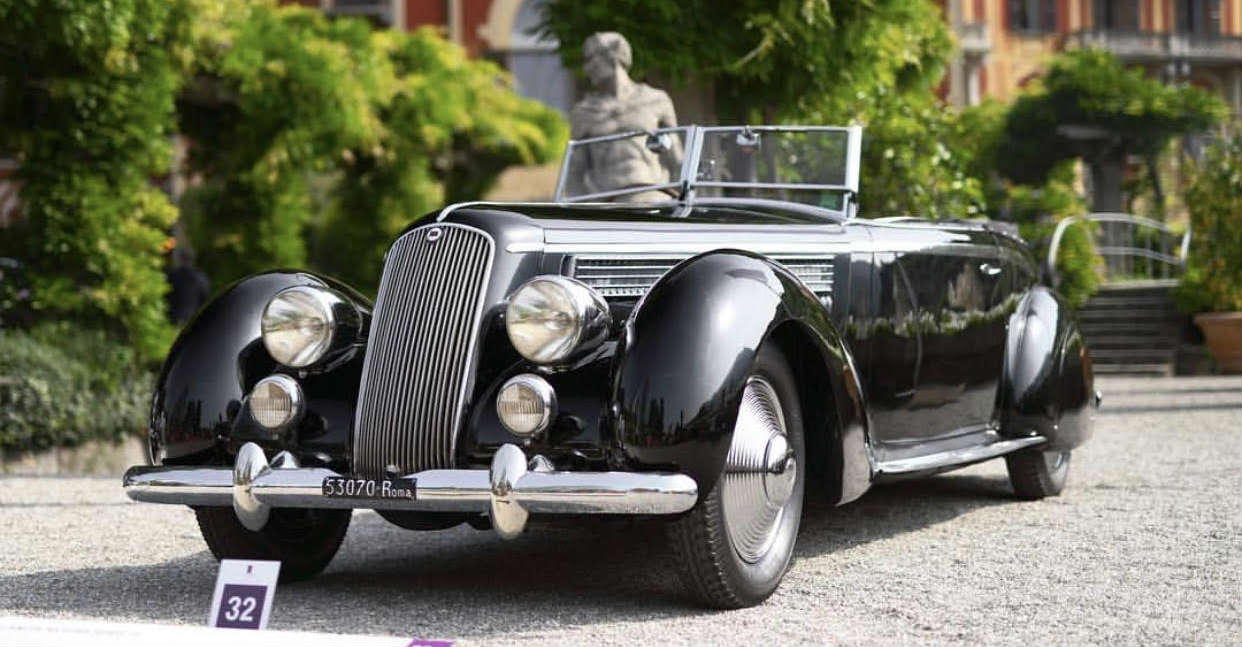 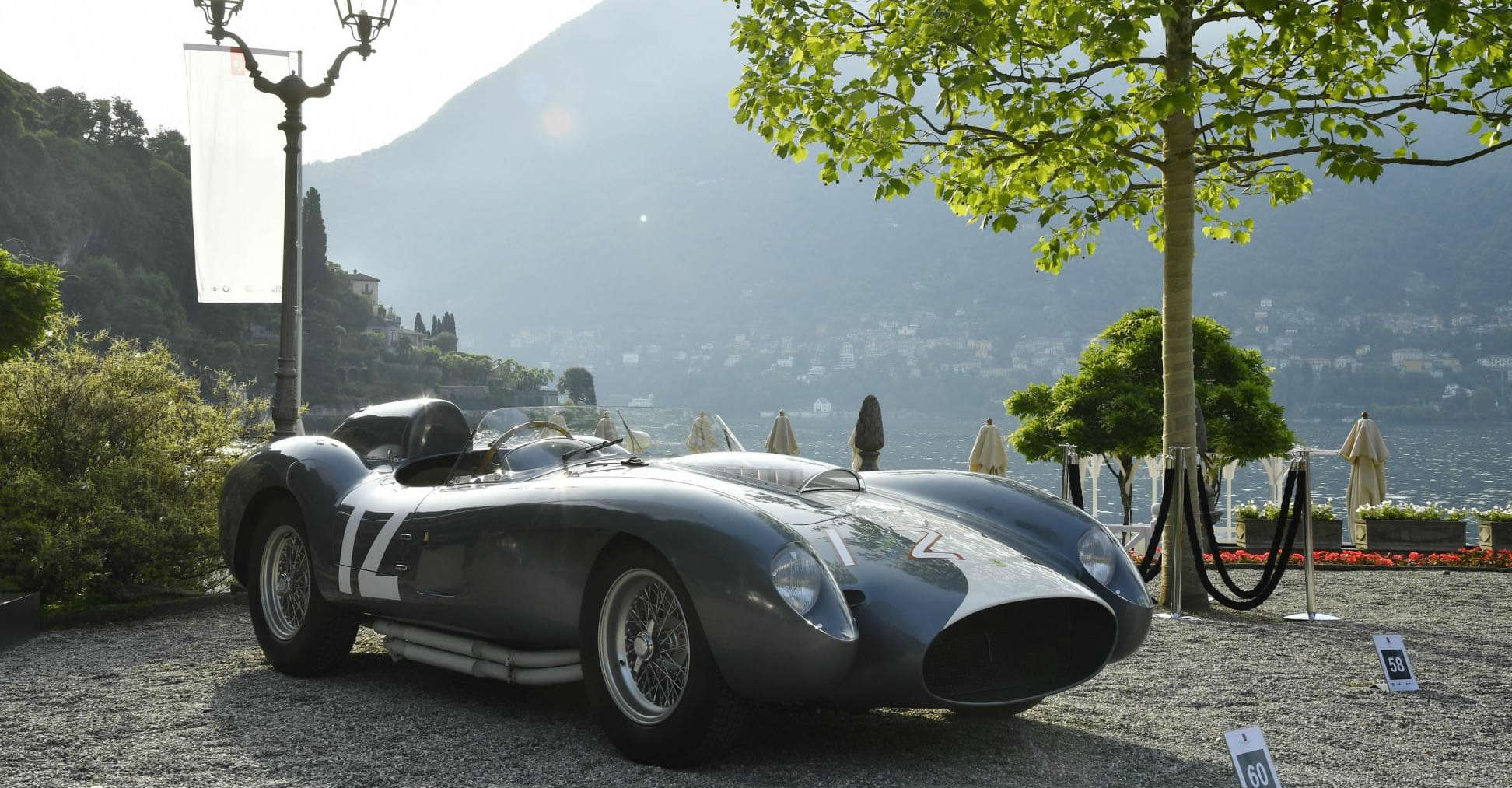 We were delighted to participate in this year’s Concorso d’Eleganza at Villa d’Este Hotel on the shores of Lake Como. The Concours is a prestigious event for classic and vintage cars, which has taken place every year since 1929 towards the end of May. The lakeside setting is spectacular and visitors can admire about fifty cars, all built between the 1920s and 1970s organised into different categories. All entrants are superb examples of the type. 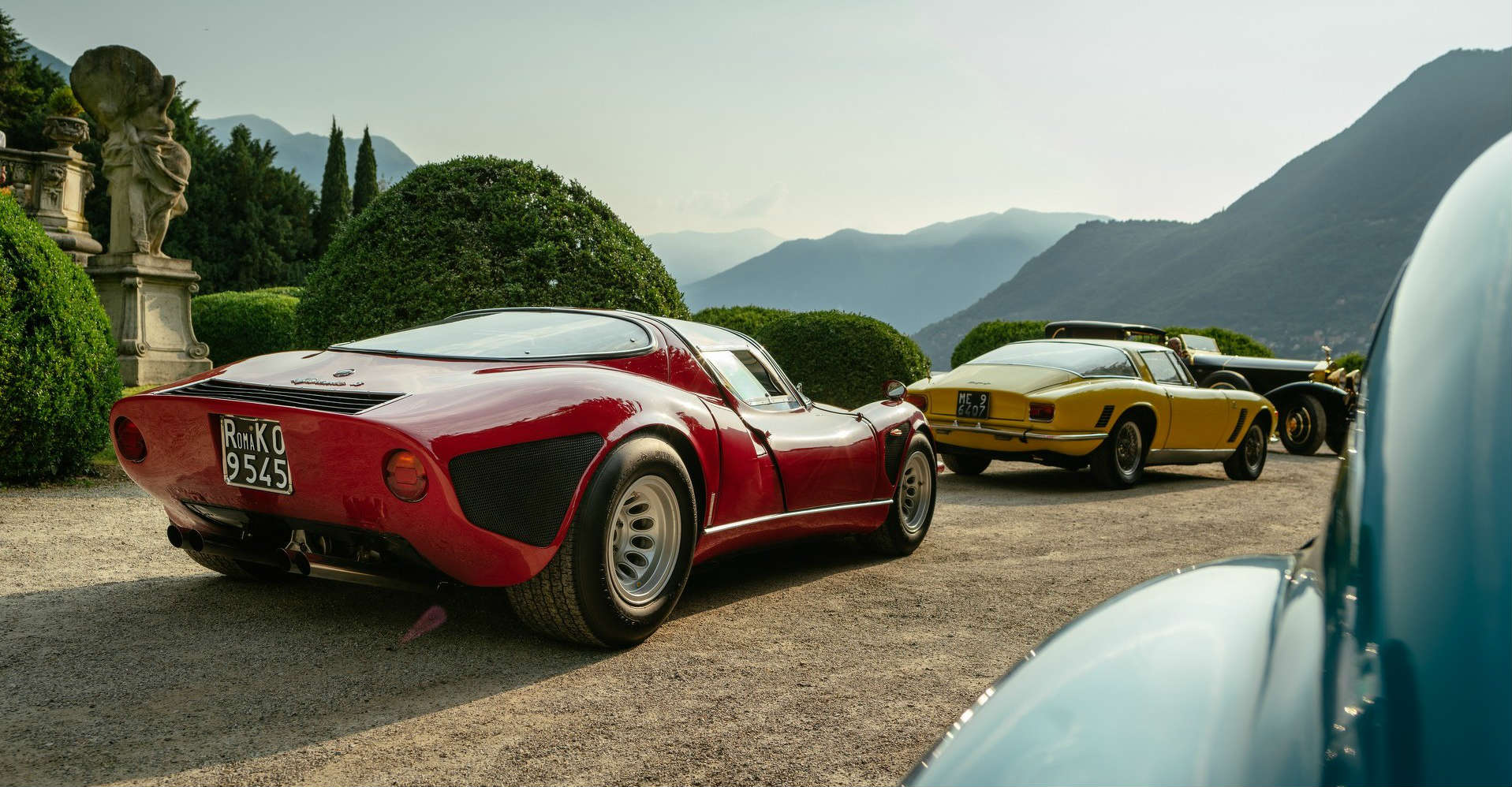 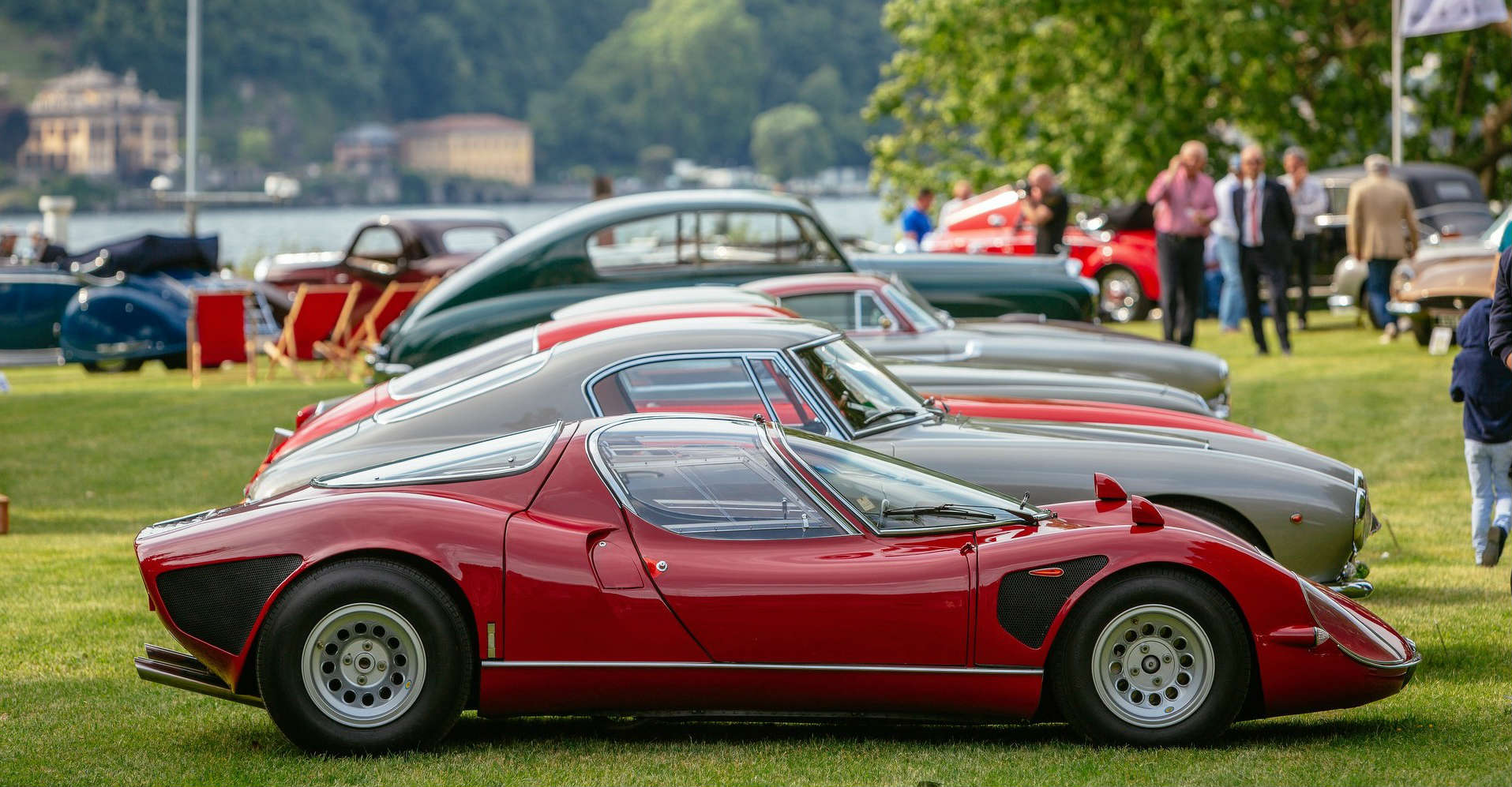 One of our clients attended the event with his stunning 1936 Lancia Astura, series III, Bocca cabriolet by Pinin Farina. This is a highly original car with such style and grace as if designed for the concours lawn! We have recently carried out recommissioning and preservation work at our workshop, so we were delighted when the Astura won the FIVA Trophy for ‘Best Preserved Pre-War Car’. The judges were particularly keen to see the car’s power hood in operation!

The Concours was a truly spectacular event and a weekend full of automobile fun. The Saturday was the main Concours day with cars carefully positioned within the grounds of the hotel before a parade after lunch. Simon Kidston provided an upbeat and informative overview of each car before the prize winners were announced. In contrast, the Sunday was a more relaxed day with all the cars being moved to Villa Erba for the public display and further judging. The streets of Cernobbio were lined with passionate Italians eagerly awaiting the cars to pass through the narrow streets. Once at Villa Erba, the cars are accompanied by the motorcycle entrant and various other car clubs/organised displays. Again, following lunch, there was another parade compered by Simon Kidston and the Astura won its class – Shaped by the wind: Grandes Routieres of the art deco era. The weekend is rounded off with a Gala dinner held at Villa d’Este when the winner of ‘Best of Show’ is announced. This year the prize was awarded to a superb 1958 Ferrari 335 S.

Our time at Villa d’Este was thoroughly enjoyable and proved very successful. We would like to congratulate Anthony & Anna MacLean who own the fabulous Lancia Astura. 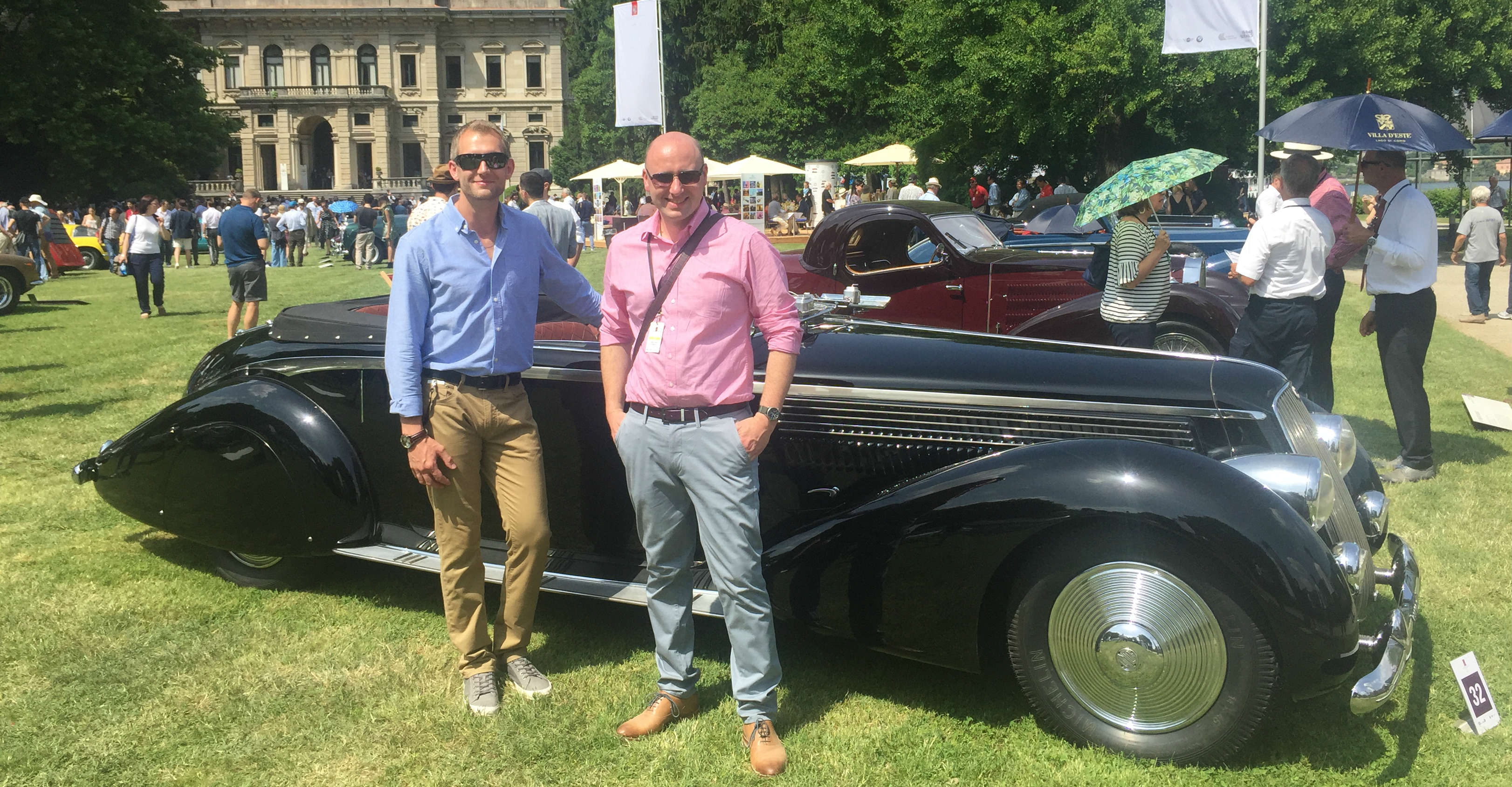 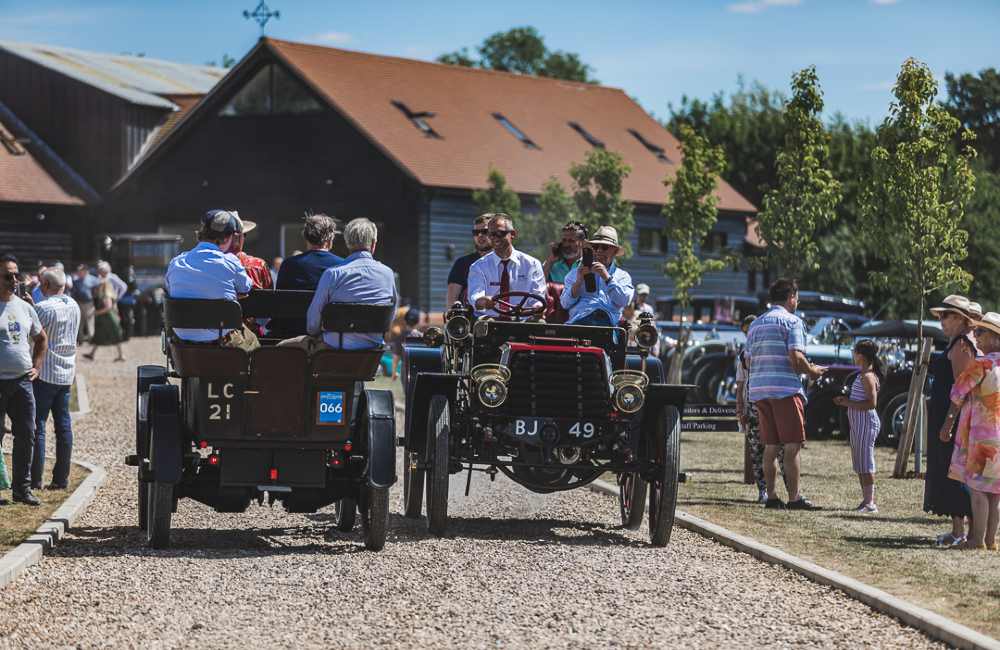 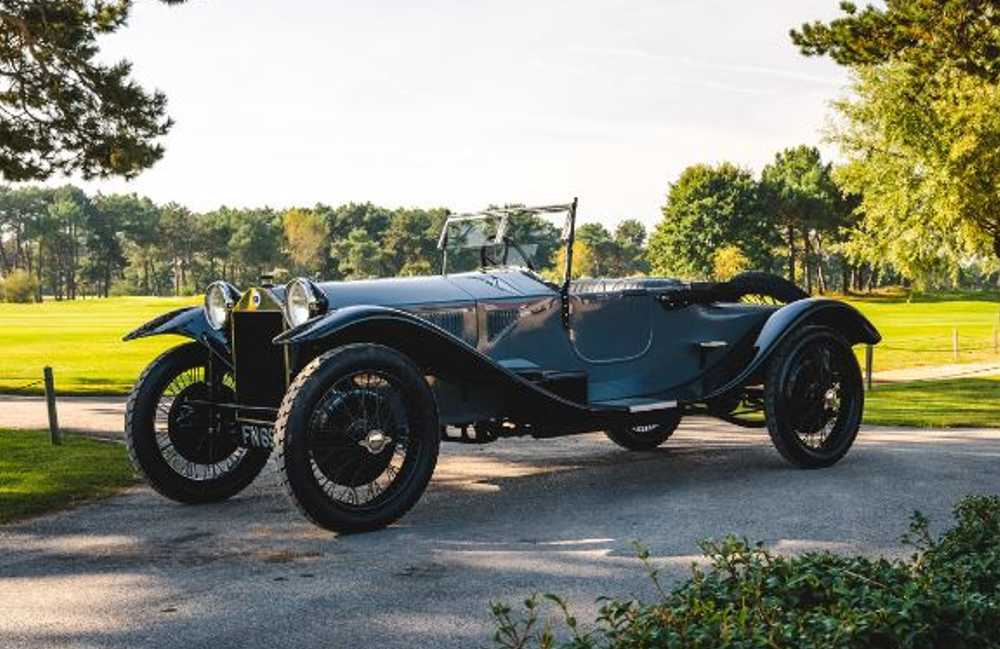