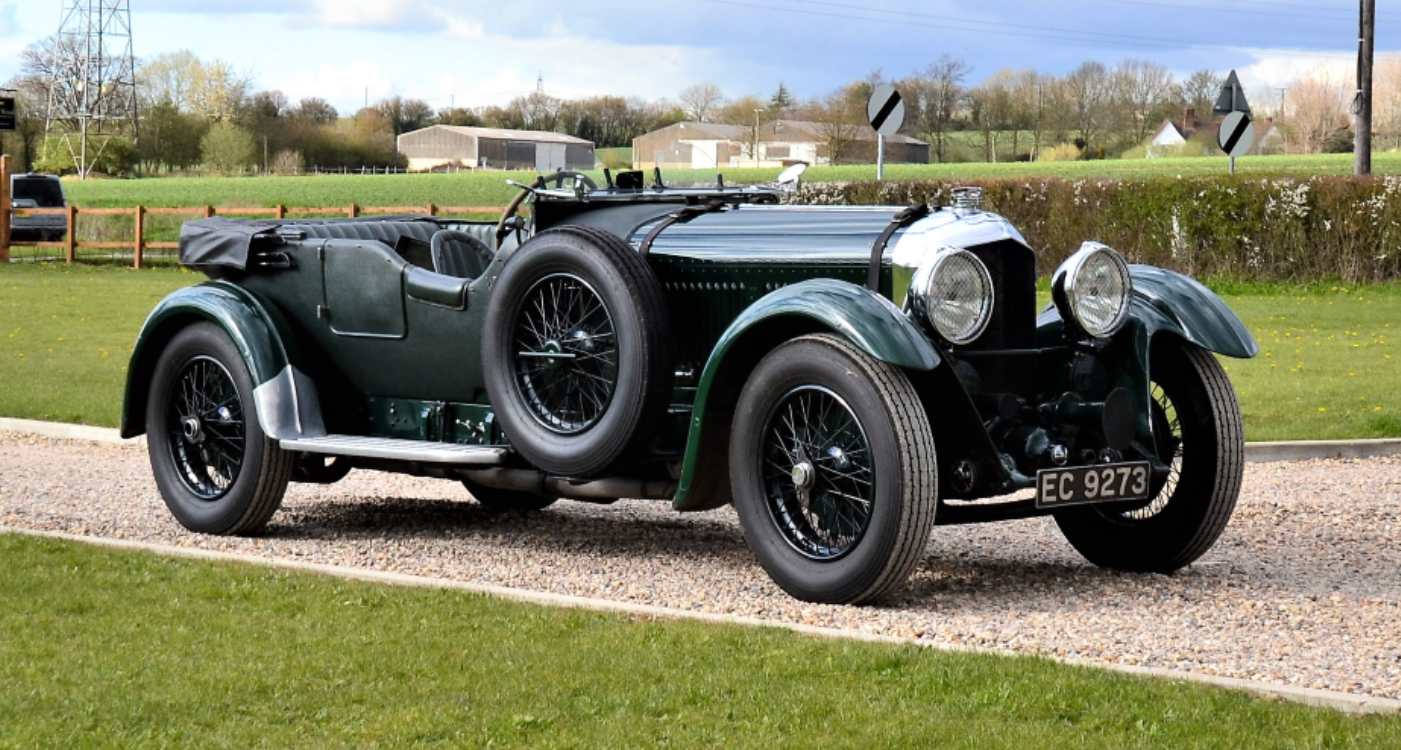 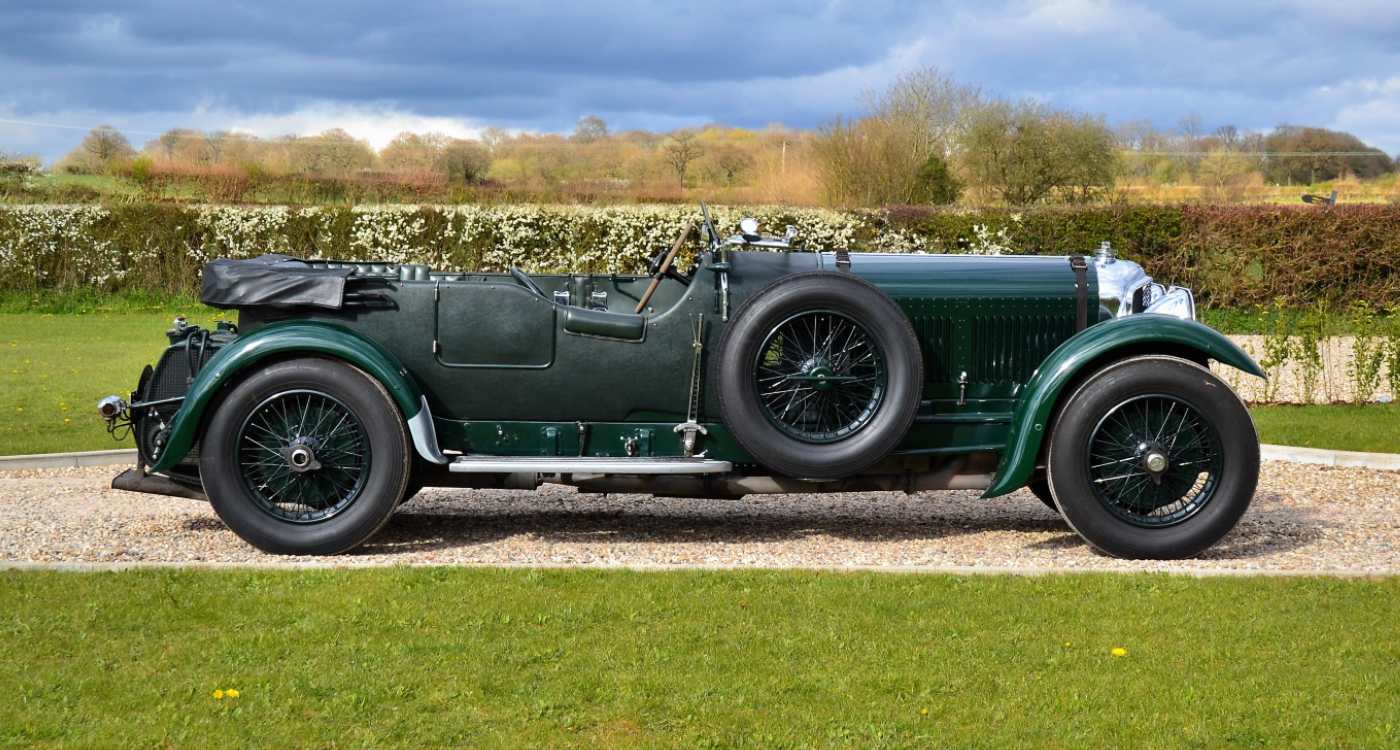 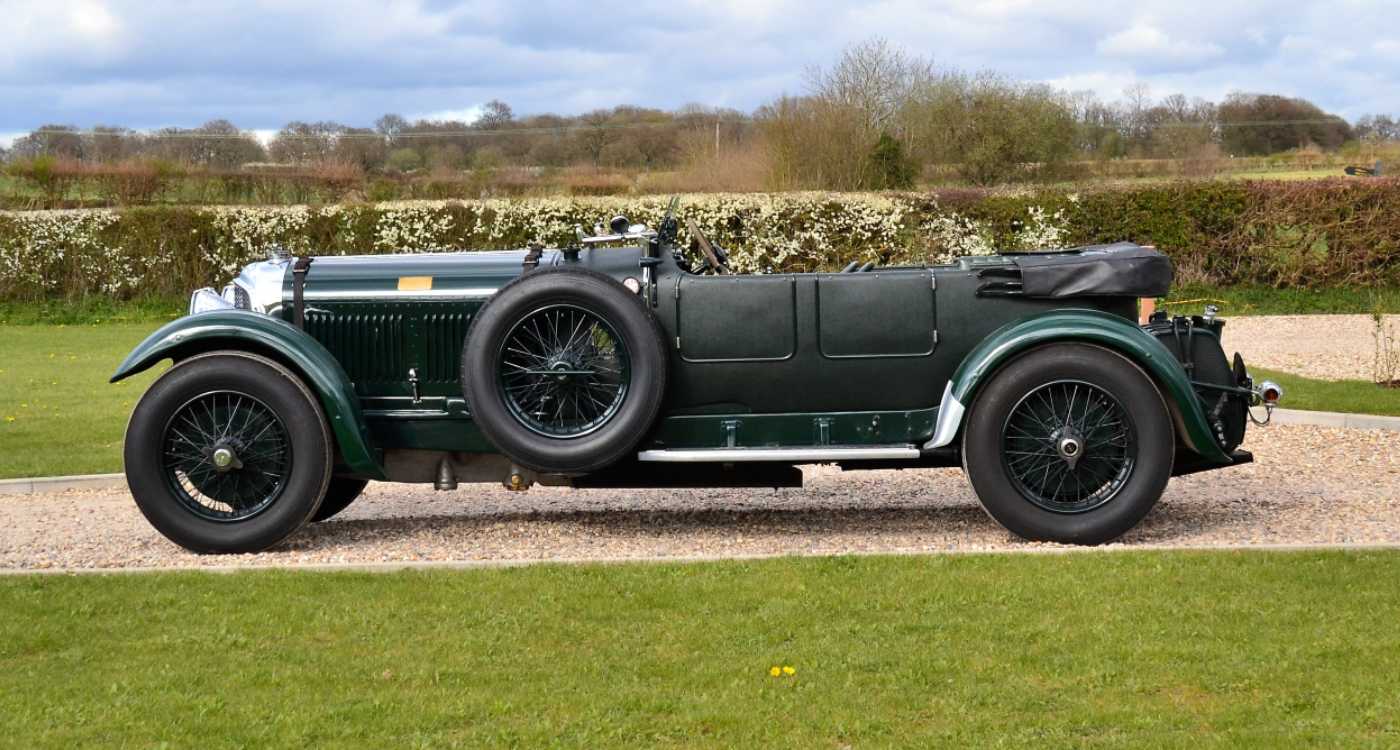 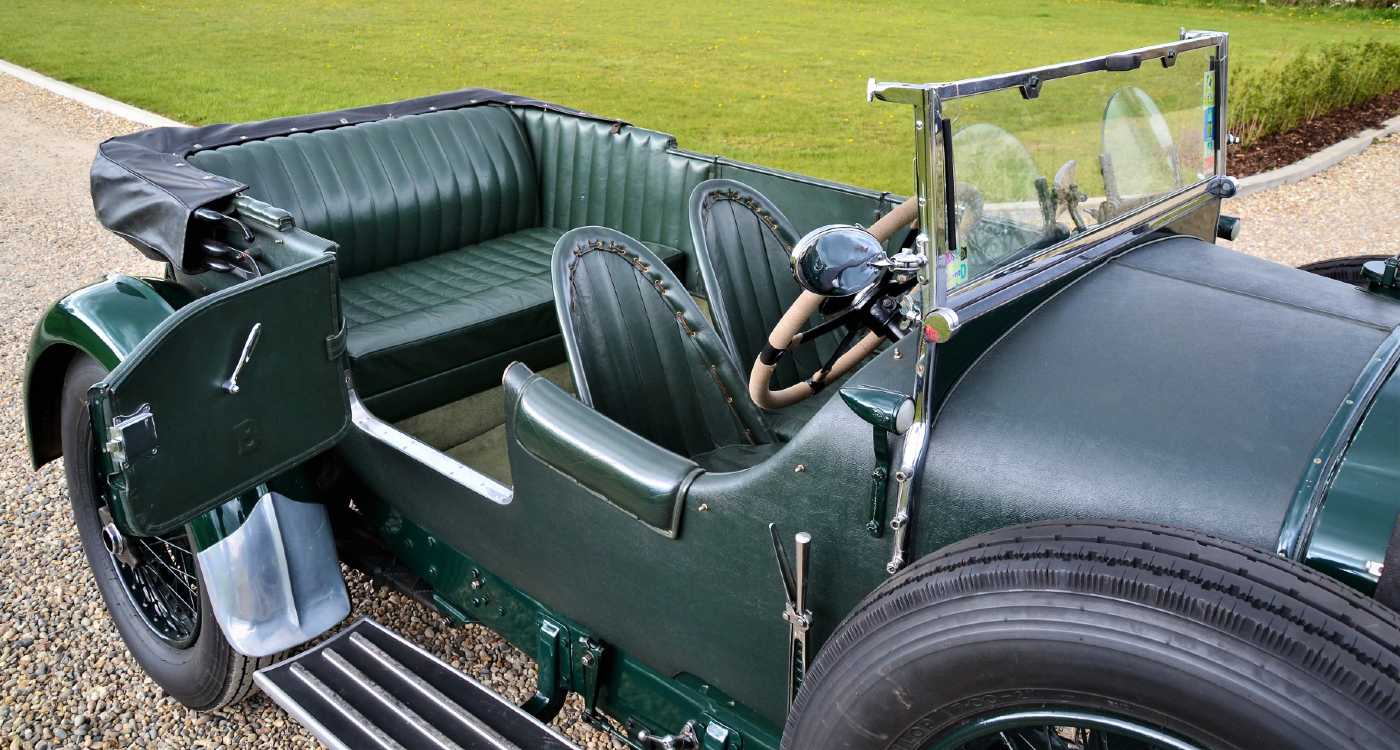 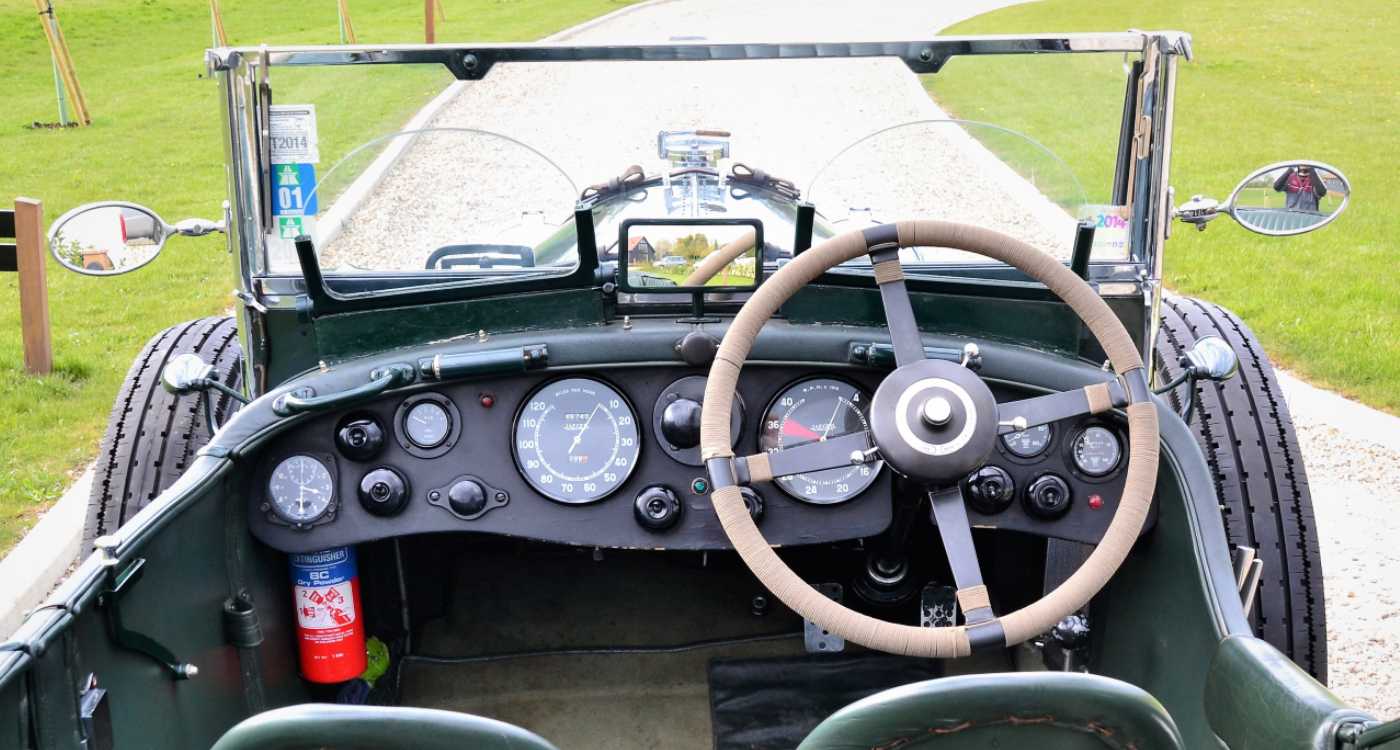 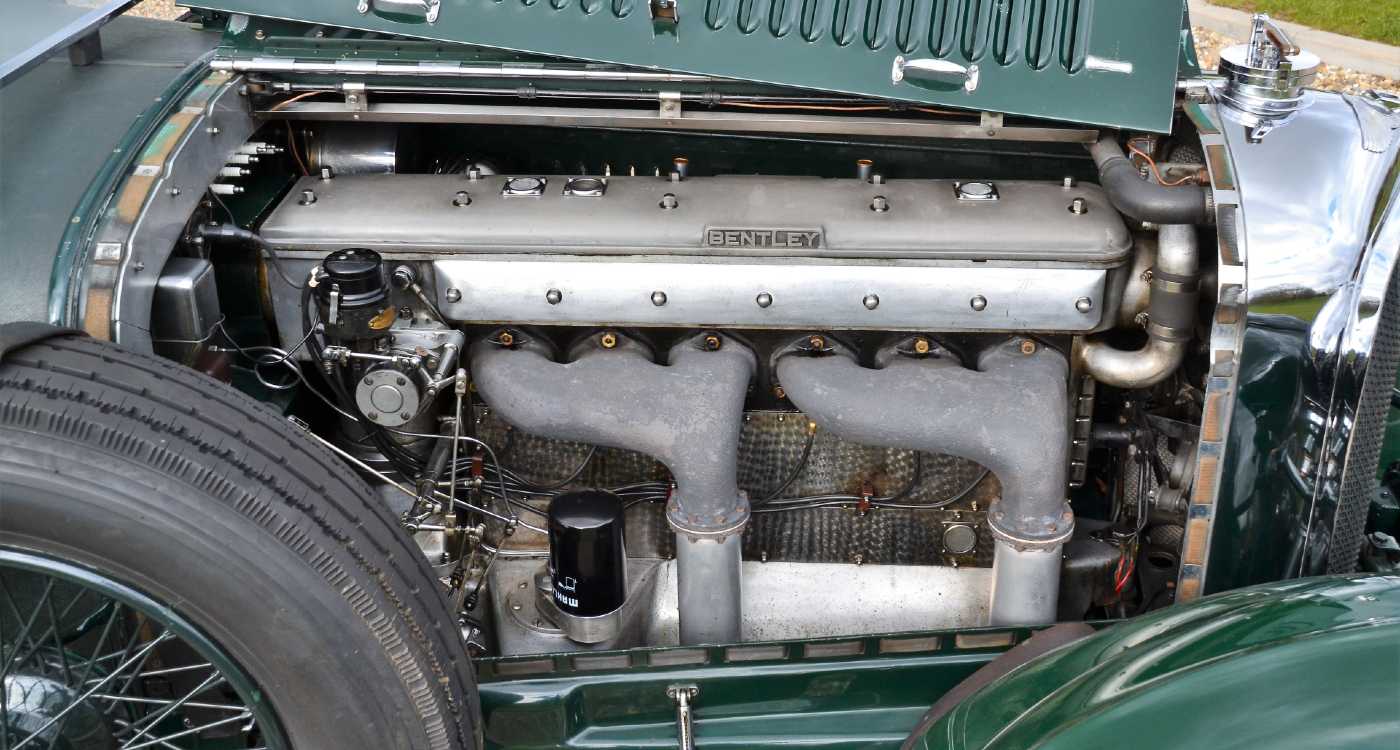 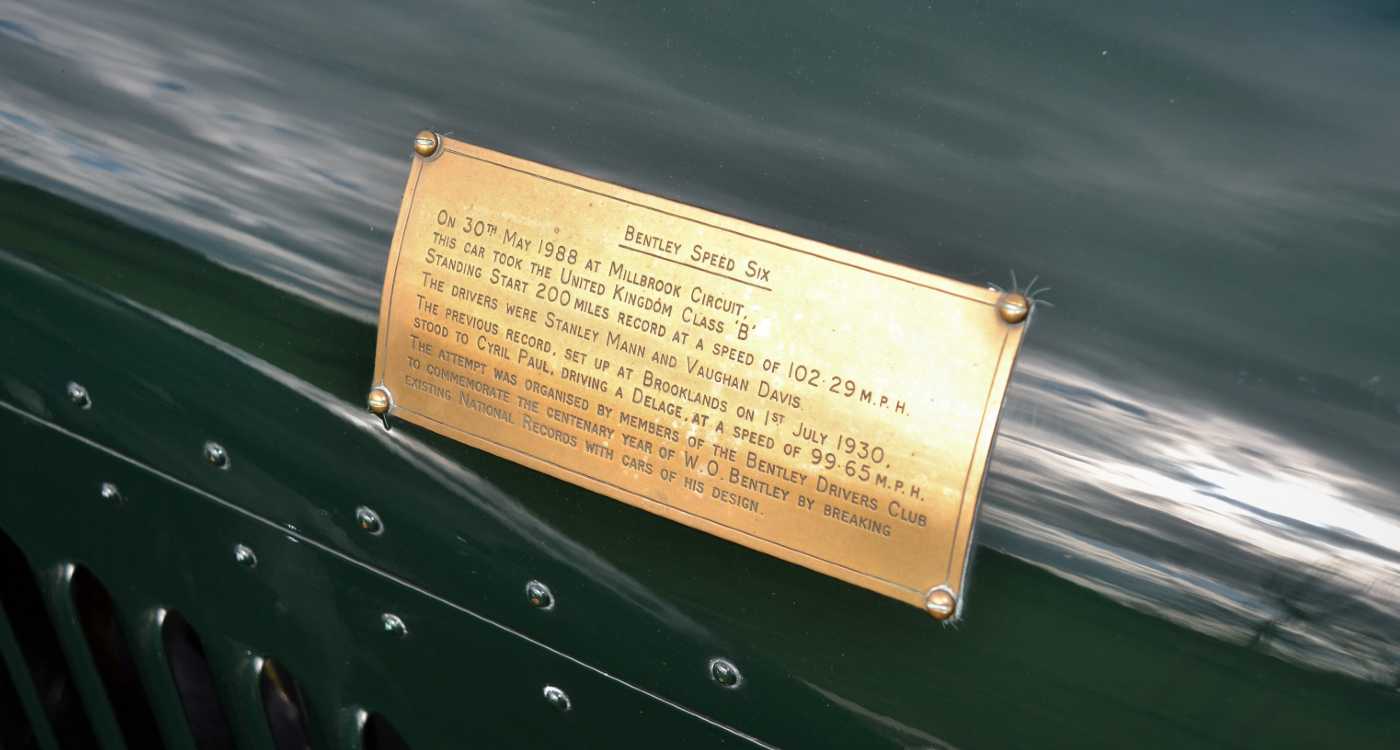 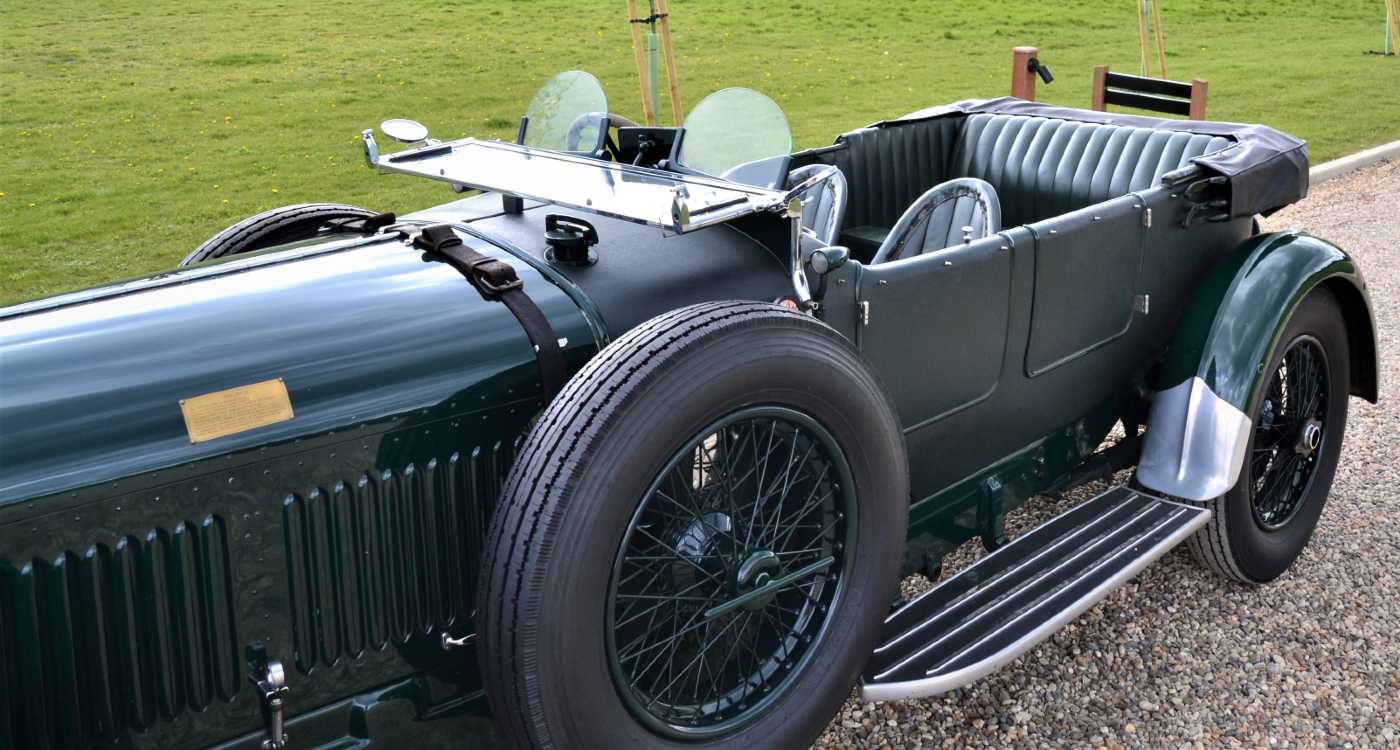 Chassis Number LR 2789 was built as a Speed Six on a 12ft 6” chassis in 1930, with a fine Gurney Nutting Weyman Saloon body, for Captain R.R. Rothwell of Broom Riggs, Hawkshead, Ambleside, Lancashire.

By 1934, Cecil Tennant of Albert Hall Mansion, London, owned the car.  He was an amateur racing driver and raced at Brooklands during the 1930s.  He parted with the car in 1937 selling it to Barker and Co. Coachbuilders.  By the early 1960s, LR 2789 was under the ownership of Peter Price who also owned HM 2869, ‘Old No. 3’, the final Speed Six Team car which finished second in the 1930 Brooklands Double 12 Race and also competed at Le Mans. During Peter’s ownership, the engines of LR 2789 and HM 2869 were switched.

Ownership of LR 2789 swiftly changed to Ulf Smith who commenced a complete restoration, and the car was rebodied with replica Le Mans style coachwork and ‘eyebrow wings’, the same as ‘Old No. 1’, the Speed Six winner of the 1929 Le Mans 24 Hour Race.  Before completion of this work, in 1983, LR 2789 was acquired by David Vine who by this time also owned HM 2869.  David had the restoration work completed at Elmdown Vintage Automobiles.  Around 1986, the original engine SB 2751 was returned to LR 2789 and engine HM 2869 returned to chassis HM 2869.

In 1987, Stanley Mann purchased LR 2789 from David Vine and it is said he tossed a coin with Gordon Russell who was also seeking to buy the car!  At this point, they made a gentleman’s agreement that they should share any profit of the sale of the car within 5 years of purchase. It was during Stanley’s ownership that the car achieved a great accolade.  On 30th May 1988 at Millbrook Circuit, LR 2789, driven by Stanley Mann and Vaughan Davis, took the Class ‘B’ Standing Start 200 Mile Record at the speed of 102.29mph.  The record involved a change of driver, therefore including two standing starts.  The previous record had stood since 1930 when Cyril Paul achieved 99.6mph with a Delage at Brooklands.  The record attempt was planned as a tribute to W.O. Bentley in his centenary year and was achieved without any modifications to its original design, apart from fitting 19-inch wheels.

The current owner purchased LR 2789 in 1993, some 28 years ago.  He removed the eyebrow wings and had them replaced with Gurney Nutting style wings and running boards.  The car has been maintained to the highest standards with significant work carried out by Tony Fabian, James E. Pearce and ourselves.  It has been extensively toured at home and the continent, and comes with a extensive history file.

A Bentley Speed Six is a very special motor car offering the ultimate in high speed, long distance touring capabilities.  These are very powerful and refined cars with excellent brakes.  Many consider the Speed Six to be the ultimate vintage Bentley and possibly the best car in the world of its time.  A genuine Speed Six rarely comes to market and LR 2789 is a fine example.